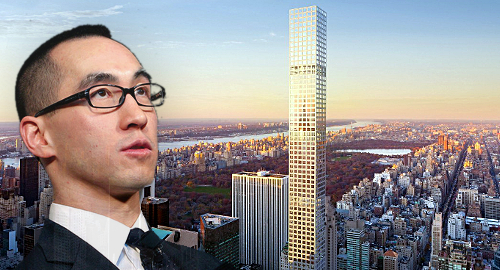 MCE held its annual general meeting in Macau on Wednesday, at which shareholders approved changing the company’s name to Melco Resorts & Entertainment Ltd. The NASDAQ-listed company, which operates gaming venues in Macau and Manila, signaled its desire to rebrand last month.

MCE began life in 2004 as a joint venture of Lawrence Ho’s Melco International Development Ltd and Australian casino operator Crown Resorts, with each party holding a roughly one-third stake in the JV.

But Crown began selling off its MCE holdings last year as part of a top-to-bottom restructuring to bring the company’s focus back to its domestic properties. Crown ultimately reduced its MCE stake to just 11.2%, which allowed Ho’s Melco International to acquire a controlling stake in MCE.

MCE said Wednesday that it hasn’t yet set a date for the official name changeover, which will also see the company switch its NASDAQ ticker symbol from MPEL to MLCO.

Speaking of New York, Ho (pictured) recently splashed out $65m for an apartment at 432 Park Avenue, the second tallest building in Manhattan and the tallest residential building in the western hemisphere.

Regardless, Ho can afford it. The sale came one day after the release of the most recent edition of the Forbes’ rich list, which estimated Ho’s net worth at around $1.7b. The 40-year-old Ho was the youngest gaming billionaire on the 2017 list, beating out 45-year-old Playtech founder Teddy Sagi.