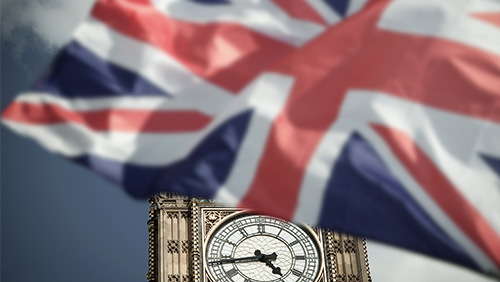 Fitch warned that the United Kingdom may likely impose tougher-than-expected betting restrictions on in-store gaming machines in the next few months, following the completion of its triennial review.

“The UK government is likely to propose changes to the regulation of gaming machines in the next few months, following the completion of its triennial review,” Fitch analysts Paula Murphy and Patrick Duncan said in a note issued on Wednesday. “Our base case is for an incremental tightening of regulations that would mainly affect smaller, independent companies with less diversified revenue streams. But we have also considered an adverse scenario where gaming machine revenues are significantly affected.”

When this happens, Fitch pointed out that Ladbrokes and Hills are the most likely to get affected by the changes.

The machines, which have a maximum stake of £100 (US$125), account for half of Ladbrokes’ and William Hill’s profits.

But campaigners, including an all-party group of MPs, wants to bring the stake limit to £2 ($2.50), saying that the gambling companies are “sucking money out of the pockets of families” in deprived areas.

Ladbrokes chief executive Jim Mullen, for his part, argued that slashing the stake limit will have a “drastic impact” on London’s 1800 betting shops, which employ more than 9000 people.

“Ladbrokes Coral and William Hill are the most exposed major gaming companies, because of their large portfolios of licensed betting offices,” Fitch explained. “In our downside scenario we assume that Ladbrokes Coral would lose about 35% of gaming machine revenues, leading to FFO-adjusted net leverage remaining above our 4.0x sensitivity guidance for a downgrade for two years.”

The silver lining that Fitch could see is that the pressure on profit margins and key credit metrics would lessen over the medium term due to changing industry dynamics.

It also pointed out that online betting will increase in importance as a growth driver and profit contributor as gaming operators invest in their digital platforms and improve their ability to migrate traditional retail gamblers to online channels.

“The most likely outcome of the government review is a reduction in maximum stakes, which are currently £100 every 20 seconds, and potentially other measures to slow betting speeds,” the credit-debt watcher said. “But we do not expect this to be as dramatic as the GBP2 maximum stake per spin proposed in a January report by the All Parliamentary Party Fixed-Odds Betting Terminal Group.”