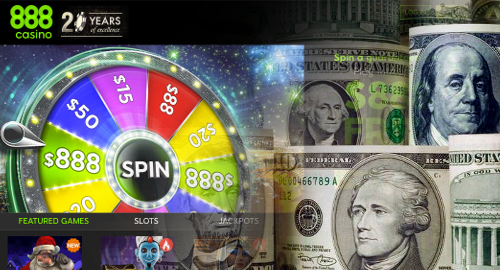 888’s mainstay casino product continued to bring home the bacon, improving 21% to $279.3m, while its Kambi Sports Solutions-powered sportsbook jumped 49% to $51.9m. Both verticals benefited from a 22% rise in marketing spend, which as a share of revenue was up three points to nearly 33%. 888’s new casino brand, 777.com, which launched at the end of 2015, was said to be “performing well.”

Things weren’t so bright at 888’s poker operations, which saw revenue fall 3% to $84.4m. 888 said the sagging poker division nevertheless “outperformed” the global poker market and noted that first-time depositors rose 6%, although this latter figure was dwarfed by first-time casino (23%) and sports (52%) depositors.

Bingo revenue was off 5% to $41.8m, which the company blamed in part on the devaluation of the UK pound following last year’s Brexit vote, as bingo revenue actually improved 7% in constant currency.

888 may have failed to acquire rival William Hill in last year’s joint bid with Rank Group, but CEO Itai Frieberger says 888 will “continue to evaluate and explore appropriate opportunities.” That said, Frieberger noted that the company doesn’t feel compelled to join in the “speed-dating” consolidation fever gripping the UK industry, as “the results coming out of the business are so strong.”

Case in point: with pre-tax profit rising 82% to $59.2m, 888 has decided to pay a special dividend, the fifth straight year the company has made it rain buckets for shareholders. Frieberger said there was “no point sitting on the cash … We’re relatively small and we have enough to do what we want to do.”