Home / Business / Taxes Eating Into 888, But The Future Looks Bright 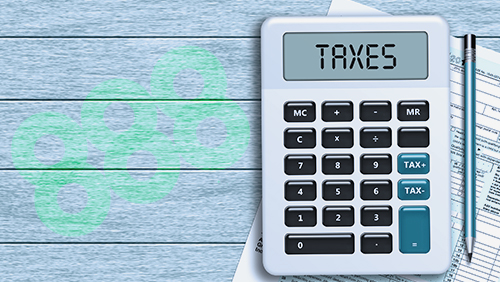 888’s earnings are in and they’re nice and shiny. The bottom line earnings themselves look bad if you focus only on the end numbers, but almost everything else looks great. Net earnings came in at $29.5M versus $56.9M for 2014. That’s a 48% drop, but as with all numbers, there is a story to be told here. The top line is growing in the right places and in the right markets, and 2016 looks bright for 888.

So what’s the excuse for a nearly 50% fall in 2015 earnings over 2014? Taxes. But how can that be the excuse if EBITDA is down almost 40% as well? Isn’t EBITDA earnings before taxes, designed to be the figure that separates taxes so you can see how business is actually doing? No, not really. It’s more Orwellian than that. Don’t let the acronym fool you, because EBITDA actually includes a lot of taxes. The taxes excluded from EBITDA are strictly corporate income taxes, which are the smallest and most insignificant part of the taxation that European gaming companies now have to deal with. The difference between this year’s taxes and last year’s not counting what is left out of EBITDA is $42.6M, which is more than the difference between the official 2015 EBITDA figure versus the figure for 2014. Total non EBITDA taxes in 2015 were 270% higher than 2014!

Here’s what we’re dealing with, specifically. First, gaming duties were up an incredible 216%. Add onto this a $10.2M value added tax (that’s a new thing) plus a retroactive tax of $8.4M from something to do with Austria and Romania. None of this is excluded in EBITDA. It’s just the state taking a share at every level of business. Actual corporate income taxes for 888 were only $3M, kindly excluded from EBITDA. None of this even counts dividend and capital gains taxes for shareholders, which also affect the value of the company, not to mention that taxing the shareholders of a company is taxing the owners of the company, is taxing the company itself. The final asterisk on earnings is that 888 lost an additional $14.6M in legal fees with its aborted bwin.party takeover bid.

The ironic thing is that corporate income taxes are what get the most attention in election campaigns. Rest assured that if something is actually important or consequential, your elected officials will never talk about it in public. 888’s corporate taxes went down this year specifically because all the other taxes duties fees or whatever politicians want to call them went sky high. In other words, corporate taxes were lower because the State took so much more at earlier taxation stages.

There is a silver lining in this dark nimbus tax cloud though, at least for 888 – Bingo. Bingo revenues are down 6% but first time depositors are up 41% up thanks to the new point of consumption tax. Take it away Itai Frieberger, 888’s new CEO as of this month:

“B2C Bingo first time depositors significantly increased by 41% against the previous year reflecting both 888’s efficient marketing as well as the impact of UK point of consumption gaming duty on the highly fragmented UK bingo market that has led to some smaller brands reducing marketing activity and, in some cases, closing.”

This is what I wrote would happen on July 22, 2014 when I first covered the POC tax: “Those that cannot afford to pay this tax will either shrink or fold, reducing the gaming supply.”  So indirectly, we see how taxation actually benefits big business at the expense of small business, because it shuts out competition. It’s already working for bingo now, which is an especially fragmented market with lots of small firms, but it will filter up to the bigger more consolidated verticals as well.

Enough moaning about taxes though. Some other positive highlights – Mobile revenues are much higher, now accounting for 47% of UK B2C revenue. In 2014 it was 33%. First time depositors across all segments are up 28%. Active players across all segments are up 13%. Casino revenue is up 5%, 18% constant currency, or what 888 calls “like for like”, with a 37% increase in active players. Revenue from regulated territories now represents 59% of all revenue, up from 55% last year. Top line growth in the two core markets of the UK and Europe is 6% and 5% respectively.

888’s dividend yield is up to 8.5% now counting a special dividend announced earlier this month. That is quite high for a stable and growing company.

The most impressive, and perhaps most significant statistic is sports. 888Sport revenue is up 74% for the year, 94% like for like, with a new launch in Italy scheduled this quarter. The reason sport is significant is that it’s a signal that 888 is succeeding at going it alone in this key vertical, and doesn’t need bwin.party to jumpstart it. It’s 888’s way of saying “If you won’t join us, we’ll beat you.”

Zooming back out, inflation is finally picking up steam and it looks like the Federal Reserve will have to start chasing it if it gets any higher. That puts the dollar in a very weak position. The pound sterling, on the other hand, is in a strong position because total money supply, which includes long term time deposits in the UK, is stagnant (see below). A rising pound and falling dollar will doubly help 888 in 2016.