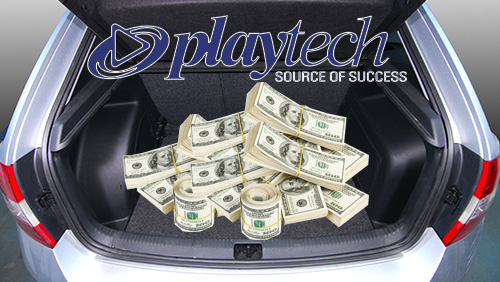 The Financial Times reported that Sagi unloaded 13 million shares worth £113 million (US$139 million) as he ventures further into the British property sector.

Sagi said that he sold his shares to French firm Boussard & Gavaudan Investment Management at 872.5p, as he wanted “to further develop my London property portfolio and be at the vanguard of the co-working revolution.”

As part of a “lock-up” agreement that will expire on May 29, the Playtech co-founder and Boussard have agreed not to sell any additional shares in the gaming tech firm.

“Playtech is a company which I believe will continue to achieve significant growth,” Sagi said.

Sagi, however, has been attracted to the booming shared office market in London and envisages “taking some of the capital’s most iconic properties and establishing creative hubs where start-ups, SMEs and entrepreneurs can work, network and grow together.”

This is not the first time that Sagi offloaded his shares in Playtech.

In November, the Israeli billionaire sold 12 percent of the company. He agreed not to sell any more Playtech stock for six months, subject to the consent of investment bank UBS and “customary exceptions.”

According to Playtech, Sagi’s share sale to Boussard “has been released with the consent of UBS” from the agreement. Brickington Trading, a subsidiary of a trust of which Mr Sagi is the sole beneficiary, carried out the billionaire’s transactions.

Sagi retains an 18 percent interest in the firm following the share sale to Boussard.

In February, Playtech generated revenue of €708.6 million, up 12% year-on-year on a reported basis and 20% on a constant currency basis.

The company hailed the performance of its Gaming division, particularly of its Casino vertical. Gaming revenue increased 21% at constant currency during the reported period, mainly driven by a 23% casino revenue rise. Playtech’s flagship casino offering generated the total amount of €354.6 million last year.