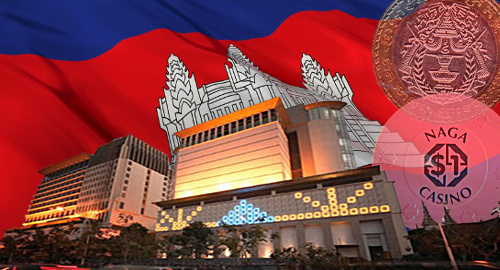 Cambodia’s government reaped a bumper tax crop from its land-based casino industry in 2016, primarily by putting the squeeze on top operator NagaCorp.

According to Cambodia’s Finance Ministry, the government’s share of Cambodia’s casino revenue came to $48m in 2016, over 38% higher than the $34.7m the state earned from casino taxes in 2015. At the end of 2016, the Ministry said there were 77 valid casino licenses, of which 65 were currently operational.

In its 2016 annual report that was released last month, NagaCorp revealed that it had anted up an additional $16.5m in payments last year after reaching agreement with the government over back taxes on the company’s non-gaming revenue.

NagaCorp, which operates NagaWorld (pictured), the only casino in Cambodia’s capital Phnom Penh, also said the company had agreed to boost its monthly gaming obligation to the state from $365k per month to $411k.

NagaWorld also boasts an online gambling operation, including a Kambi Sports Solutions-powered sportsbook. Ros Phearun, deputy director-general of the Ministry’s financial industry department and the government’s go-to guy on all things gaming, told the Khmer Times that the government had noticed an increase in revenue from NagaWorld’s online gambling business “because the casino now can offer it to customers outside the country.”

For about a decade now, Cambodia has been promising that its revamped gambling laws are just around the corner. In November, Prime Minister Hun Sen reportedly authorized the creation of two new Interior Ministry departments, one of which will be asked to combat money laundering at the nation’s casinos.

Cambodia’s new law isn’t expected to relax the country’s longstanding prohibition on local residents gambling in casinos, despite neighboring Vietnam recently announcing a pilot program to allow its citizens to access a couple specially selected gaming venues, a move that is expected to take a toll on Cambodian border casino operators.

Whatever Cambodia’s government decides to do re its locals, it will come too late for the 13 Cambodians who were arrested on Sunday after being accused of cheating a casino in Sihanoukville out of $60k. The 10 men and three women denied cheating, telling police that the Chinese owners of the Yaduoli Casino had simply not wanted to pay them their rightful winnings.

Trouble is, as the police pointed out, the 13 locals lacked foreign passports, meaning they weren’t eligible to gamble at the casino, which essentially allowed the casino to free-roll; if the gamblers lost, great; if they won big, call the cops. The 13 were eventually released after signing a document stipulating that they wouldn’t be caught inside a casino again.