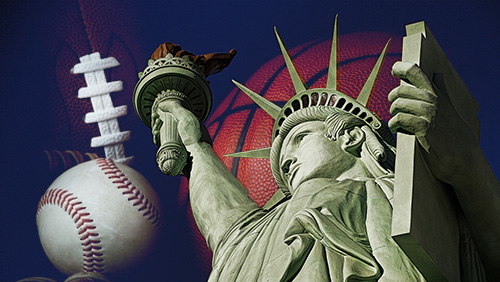 New York has hit a flea flicker for a touchdown five months after the state legalizes daily fantasy sports (DFS).

The Times Union reported that New York made the right call to legalize DFS in the Big Apple with data from the New York Gaming Commission showing that the state reaped more than $2.8 million in tax revenues from DFS operators between late August and January.

It would be recalled that the state enacted a law on August 3, 2016 that allows DFS sites to serve New Yorkers. Daily fantasy sports companies in New York, however, are operating under temporary permits while the New York regulator irons out the permanent set of DFS rules.

According to the regulator, the tax revenue was squeezed from more than $18.6 million in gross revenue that DFS operators harvested in New York during that period. All tax funds are deposited into the New York Lottery fund for use as education aid.

Speaking of DFS operators, the firms led by industry giants DraftKings and FanDuel cashed in on nearly $180.4 million in entry fees from New York players, a nearly 10 percent chunk of more than $1.8 billion the sites earned from all players.

DFS companies made a killing in November as they saw roughly $4.4 million in combined gross revenues in New York. The state collected $667,129 in taxes. September, on the other hand, was a lean month for DFS, as it only took in $2.83 million gross gaming revenue.

The data for fantasy football was, however, down from 75 percent two years ago, according to the DFS analyst. Still, Peter Schoenke, chairman of the Fantasy Sports Trade Association and president of RotoWire.com, a fantasy sports content and information provider, considers the gaming revenue figures as acceptable.

“The third and fourth quarter, are when traditionally everybody in this business, no matter what they do in fantasy sports — content, games, whatever — that’s when you make your money,” Shoenke said, according to the news website.