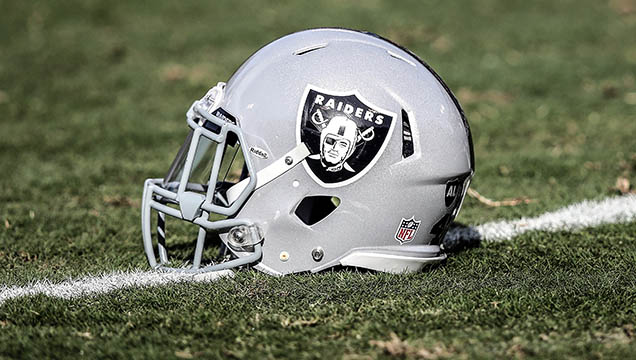 Despite Sheldon Adelson pulling out of his commitment to fund the Vegas stadium, Oakland Raiders’ move to the Sin City may still be a go.

According to Bleacher Report’s Jason Cole, the Raiders have “two banks ready to loan money” that will fill the $650 million hole that Adelson left when he withdrew from his pledge to help build a new stadium that would serve as the new home of the Raiders if their plans to relocation are approved by the other NFL owners.

The Raiders have already submitted paperwork with the NFL to move from Oakland to Las Vegas, but their move had stalled following the Adelson debacle. The casino magnate, who had been instrumental in luring the NFL team to the desert, claimed the Raiders froze him out of negotiations with the city for revenue sharing.

According to Raiders, investment firm Goldman Sachs will provide the missing $650 million—but the firm, which has a long history of doing business with Adelson, backed out on grounds that the financial structure of the proposed stadium wasn’t stable enough to merit a financial package.

In the midst of all this, the group that is trying to keep Raiders local said its financial backer has been acquired by Japanese billionaire Masayoshi Son’s tech conglomerate SoftBank for $3.3 billion, according to the San Francisco Chronicle.

Fortress Investment Group had teamed up with Ronnie Lott to put together a land and stadium deal to keep the Raiders in Oakland, but the NFL had been unimpressed. However, Fortress is confident that Softbank’s involvement will positively impact their efforts and commitment not to let the Raiders go.

“Fortress is all in on the Raiders stadium deal,” said Fortress spokesman Sam Singer, according to the news outlet.