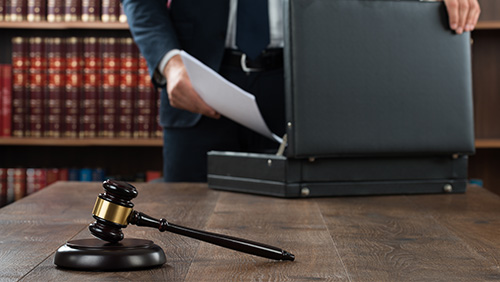 Gaming technology provider International Game Technology is set to square off with Florida’s Speaker of the House before over a lottery contract that will require the legislature to pay more money.

WFTV.com reported that the Florida House Speaker is drafting a perfectly worded lawsuit against IGT, which inked a deal with the Florida Lottery for the gaming vendor to spend more money on vending machines in future years.

IGT is the current provider of lotto vending machines for the Florida Lottery.

According to the lawsuit, Florida Lottery has no authority to sign a contract that will require the House of Representative to spend more money.

“Contrary to these established principles, the Secretary of the Florida Lottery solicited and executed a multi-year contract with IGT Global Solutions Corporation that will require the Florida Lottery—by its own admission—to spend more money in future fiscal years than currently is appropriated for the applicable budget categories,” the counsel for the Florida Speaker of the House said according to the news report. “In fact, the Florida Lottery’s legislative budget request for Fiscal Year 2017-18 now asks for an aggregate increase in its ticket machine budget categories and a realignment of those categories to accommodate this new excess contract. This is impermissible.”

Observers, however, believe that the planned lawsuit will further exacerbate the tension between the Speaker and Gov. Rick Scott. Scott was the one who appointed Tom Delacenserie as the Secretary of the Florida Lottery on November 23, 2015.

The House leadership has been snapping behind Scott’s neck especially as they moved in to eliminate Visit Florida and Enterprise Florida in recent weeks. The legislature has probed the use of taxpayer money for the two groups, which the governor maintains are vital job-creation tools.

The Governor’s Office and the Florida Lottery declined to comment, saying they had not seen a copy of the draft lawsuit, according to the news report.