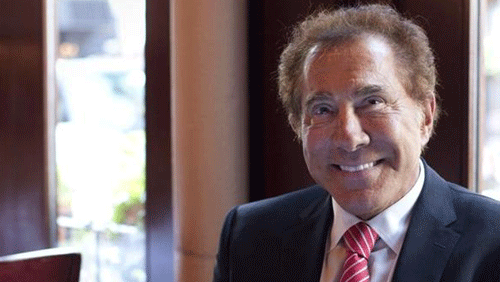 Casino mogul Steve Wynn is going into 2017 an even richer man.

Last week, the Wynn Resorts chief executive officer reportedly received $12.5 million in company stock, which is part of his compensation package for 2016. According to Las Vegas Review-Journal’s Todd Price, this year’s figure is a boost from 2015’s $8.75 million, indicating it may be Wynn’s highest payout to date.

Wynn Resorts came out with a new compensation package in 2014, which saw Wynn’s fixed salary slashed from $4 million to $2.5 million. In 2015, the casino mogul’s annual incentive payout totaled to $17.5 million, and it was paid half in cash and the other half in shares due to the company’s financial status and the “competitive landscape of the labor market.”

The announcement indicates Wynn will receive $25 million in total—the maximum allowed by the company’s compensation plan, according to the news outlet. Wynn’s incentive payout is based on the casino company’s adjusted earnings before interest, taxes, depreciation and amortization as well as the progress on the newly-opened Wynn Palace casino in Cotai, which recently premiered 25 new gaming tables.

In November, the group announced it had posted a slight loss in the third quarter, in part tied to costs linked to the launch of its US$4.4-billion Wynn Palace.

The 74-year-old Wynn Resorts chairman received 137,468 shares of Wynn Resort last week, of which he sold 57,668 at $90.93—totaling $5.2 million before taxes, according to a filing with the U.S. Securities and Exchange Commission. In December, Wynn donated about $7 million in stock to charity. The casino mogul currently owns 12.1 million shares, or 11.9 percent of Wynn Resorts, after shelling out more than $30 million in 2016 to buy more than half a million of his company’s shares on the open market.

Aside from salary and compensation, Wynn also receives an estimated $24 million annually in dividends from his Wynn Resorts stake.