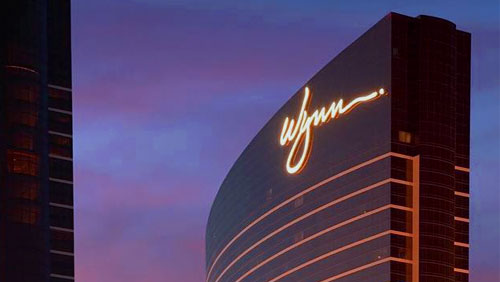 The increase, according to the casino operator, was the result of $164.6 million from Wynn Palace and an increase of $15.9 million from our Las Vegas Operations. Wynn Resorts’ total adjusted earnings before interest, taxes depreciation and amortization rose by 9.1 percent to US$305.4 million for the third quarter from $279.9 million for the same period of 2015.

The dismal third quarter sent Wynn Resorts shares plunging by as much as 6.2 percent in late trading to $90.50.

Dampening the revenue of Wynn Resorts was the lackluster performance of Wynn Macau, which swung to a third-quarter loss as a result of the opening of its latest casino, Wynn Palace.

On the other hand, Casino revenues from Wynn Palace were $146.7 million for the third quarter of 2016. In VIP operations, table games turnover was $4.15 billion and table games win as a percentage of turnover (calculated before commissions) was 2.90%, within the expected range of 2.7% to 3.0%.

DS Kim, an analyst from the foreign brokerage JP Morgan Chase, pointed out in a note on Thursday that casino cannibalization is starting to take shape with Wynn Macau becoming the prey. As a result, Kim said “initial knee-jerk reaction will be negative.”

Reacting on the cannibalization aspect, Wynn Macau Ltd. president Ian Coughlan said they have already perceived the scenario to happen.

“There’s been a fairly significant impact on our direct VIP downtown because we have a lot of Wynn players that wanted to come and experience the new property.” Mr Coughlan said. “The junkets have managed to backfill downtown [Wynn Macau] very effectively. On the mass, we’re less affected. Our customers downtown seem to be very ‘peninsular-downtown’ centric. While some of them have experienced our new property they’ve been very sticky downtown.”

Meanwhile, Wynn Resorts president Matt Maddox reported that the ramp up of Wynn Palace “is taking a little longer” than anticipated. He, however, assured investors that the company is maintaining their market share in Macau.

He also confirmed that the total Wynn Palace investment rose to US$4.4 billion, reflecting a US$300 million increase to the guaranteed maximum price payable to Leighton Contractors (Asia) Ltd.

It would be recalled that Wynn agreed to shell out US$121 million in fees to pay Leighton Contractors (Asia) while associated companies of the casino operator are expected to pay US$200 million to the construction firm.

The amount was broken down into the following: nearly US$21.1 million for work completed and accounted for under the previously arranged maximum guaranteed price for the resort; US$55.2 million that prior to the date of Sunday’s announcement had been withheld under Cotai construction agreement, and up to US$45 million “as and when outstanding, defective, or non-conforming work is completed to the satisfaction of the group.”

“But when we look at what’s going in Macau, comparing September at Wynn Palace – which was our first full month [of operation] – and October, that we just completed, we’ve seen in our volume metrics that turnover, mass drop and slot handle … increased sequentially … by about 20 percent, which was in line with the market,” Maddox said. “We are looking at rationalising some of those expenses but I wouldn’t expect a very large decline from that level. In particular, as sales ramp up and in the retail outlets and everywhere else you’ll start to see the variable costs ramp up. So I think that those numbers will likely be in line.”