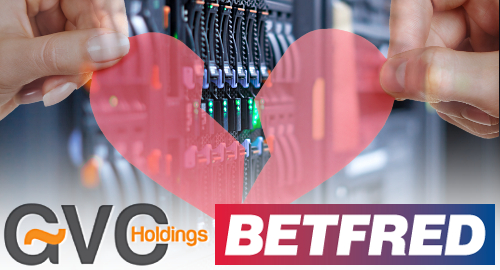 UK bookmaker Betfred have scrapped their online technology platform deal with GVC Holdings less than one year into the 10-year pact.

Last May, Betfred and GVC announced their decade-long deal, in which GVC was to supplant GTECH as Betfred’s online platform provider. But on Tuesday, eGaming Review reported that the deal was toast and the companies subsequently issued a joint statement saying they had agreed to terminate the agreement “by mutual consent.”

The joint statement insisted that the decision to part company was “reached amicably, with no penalty clauses triggered by either party.” The statement struck an upbeat tone, saying the deal’s demise would allow both parties “greater flexibility to develop their businesses going forward.”

At the time of last May’s deal, then Betfred CEO John Haddock said GVC had been selected following an “extensive review” and that the new platform would offer Betfred the “scalability and flexible approach” it needed to survive the UK’s cutthroat online betting market.

But Haddock left the company in August, after which Betfred founder/chairman Fred Done – who was said to favor keeping technology in-house – assumed the CEO’s mantle. eGR claimed that GVC had also been looking for a way out in order to focus more resources on integrating its newly acquired Bwin.party brands.

Betfred’s most recent financial statement showed the privately-held company recorded a pre-tax profit of £32.4m in the 12 months ending September 25, 2016 as betting turnover topped £10.8b. The result marks a significant turnaround from the fiscal 2014-15 operating loss of £76.7m. Fred and his brother Peter celebrated their company’s good fortune by awarding themselves a £10.2m dividend.

This Is Money reported that Betfred had appointed investment bank Rothschild to conduct a review of its strategic options, which, given the UK market’s preoccupation with mergers and acquisitions, could include the sale of the company. The options could also include a public floatation, which would leave Bet365 as one of the UK’s few remaining privately held betting giants.