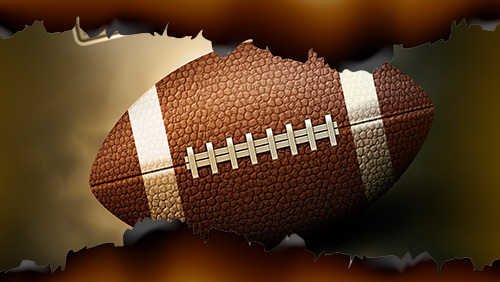 If you’re looking for an era-specific look book on the quality of past wild card weekend, you’ve come to the wrong place. There’s no need to do a deep dive on historical consequence. I can tell you that a round of NFL playoff betting that is set to feature Connor Cook, Brock Osweiler and Matt Moore is by far the worst version of the playoffs that we’ve seen in a long, long time.

Which, as it turns out, leads to many people vastly overthinking the matchups themselves. The odds makers have been somewhat brazen with the lines given that the buffet of craptastic talent we’ve been handed. There’s always an inherent fear when betting for and against weak quarterback talent, but that doesn’t mean you should drastically change the way you bet. You still have to measure things statistically to some degree, and run with your intuition the rest of the way.

The lazy thing to do during Wild Card weekend is to bet on the underdogs, and then switch course next weekend during the divisional round. I don’t necessarily like doing that because I’m a handicapper and a lunatic. So if you need some help navigating the swamp that is this weekend’s NFL betting round, I’m here to throw a thousand words right in between your eyes.

And for whatever it’s worth: Alabama -6.5 over Clemson in the OVER.

So after all that drama through December, it turns out that the Texans are going to ride Brock Osweiler in to the ground. I’m not the first, nor will I be the last, detractor of Osweiler as a franchise quarterback. But it’s hard to build a strong case for him.

There’s a rule of “threes” with quarterbacks. You usually give them three years before making a hardedge assessment of how good they are. During their progression you want to see a decent amount of 300+ passing yard games, and efforts where the player puts up more than 3 touchdowns. You know why. The Tyrod Taylors of the world can get 250 yards and 2 touchdowns. There’s a higher set of expectations for quarterbacks branded as a franchise savior.

Over the past two seasons while Brock has played with the Broncos and Texans, he has breached the 300+ yard mark once, and only thrown for 3 touchdowns another time. Both of these instances came last year. In fact, he’s only thrown for multiple touchdowns (i.e. two) five times this season in 15 starts. No offence, but that’s pathetic when you play in the AFC South. By comparison, even Blake Bortles managed 8 games with two or more passing touchdowns.

Many people are banking on the idea that Brock Osweiler will succumb to the pressure that the Oakland Raiders can supposedly administer, but that’s a bit misleading. Oakland actually ranks just 19th in opposing quarterback rating – allowing a half-decent score of 89.8 in that category.

Where Oakland always benefited was the fact that Derek Carr was launching up points. No team could play the Raiders tight. Scoring was a must, especially late in games because Carr was always threatening. That made it easier for Khalil Mack and the defence to know what to do against their opposition. With third-stringer Connor Cook leading the way for the Raiders, that luxury is long gone.

We all saw what the Raiders looked like with Connor Cook against the Broncos and it wasn’t pretty. The funny thing is that Houston ranks 7th overall in opposing quarterback rating. It’s more logical to bet against Oakland in this game on the basis that their quarterback will have a bad day.

But that’s the big problem with the overhanging, gut instinct about Cook and Osweiler in this game – they’re both garbage slingers. So what do you do when you can’t trust either? You take the points. Simple as that.

People have been hurling themselves at the Lions’ side of the line all week, and I can totally understand why. Oh wait…no I can’t! The Lions are a paltry 1-3 SU and 0-4 ATS heading in to the playoffs. You know why? Everyone has figured them out.

Stafford was playing at an MVP caliber season before defences started properly calibrating for the fact that he doesn’t have any run support. No offence to Zach Zenner as the Great White Hope and all, but he’s about to barrel in to one of the best run stopping defences in the NFL. Nobody should be scared of him, or counting on him to outperform his expected standard.

To be fair, Seattle hasn’t been very good against the line in the last month either. They’ve gone just 1-3 ATS over their last 4 games. But there’s also been a sense since the Earl Thomas injury that they’ve been slow playing their hand.

Truthfully this is a bet against the Detroit Lions more than anything. Their defence seems exhausted lately, and I think Seattle has both the tools and the weapons on both sides of the ball to make life hell for the Lions overall.

I’m also counting on the Lions doing what they’ve always done in the playoffs over the last 25 years. The last time Detroit won a playoff game was 1991.

People seem to like the Dolphins and I can understand why. Adam Gase seems competent as a head coach. They went 3-1 SU and ATS over the last month, winning all the games that mattered. It’s also hard to fault a team that won 10 games through the year.

But are you seriously going to count on a defence that allowed 382.6 yards against per game – Against the freaking Steelers?! You can’t be serious.

I know that ten points feels like a lot. It is a lot. But the Steelers are a different animal in the playoffs and you can’t blame them for a weird game against Cleveland where the refs were blowing calls.

At the end of the day, do you really want to invest in Matt Moore, lose money and then scream, “WHY THE HELL DID I BET ON THE TEAM THAT WAS STARTING MATT MOORE”? That’s not a good way to spend your weekend.

Beauty and the Beast. That’s what this matchup is. The Packers have turned some early season turmoil in to a rigorous demonstration of resolve. Aaron Rodgers has been nothing short of brilliant during a second half swoon that’s seen Green Bay go 6-0 SU and 5-1 ATS to bust in to the playoffs with a home game to boot. It’s been gorgeous to watch.

The problem is that the Packers are a super, overvalued, public team no matter what condition they happen to be in. And this is the best that we’ve seen them all year long. A home field game in the tundra of Lambeau is one thing, but there’s a reason that this line isn’t much, much higher.

The Giants are a spectacularly boring team, and I mean that in a complimentary way. You remember that stat I mentioned earlier about opposing quarterback rating? The Giants are the second best team in the NFL, the best in the NFC and the best in the playoffs with an opposing quarterback rating of just 75.8 allowed. They’re also responsible for Rodgers’ worst game of 2016 – in Week 5 where he threw for 259 yards, 2 TD’s and 2 picks with a 65.0 rating overall.

Beyond what the Giants’ wildly underrated defence can do, there’s also the big x-factor in this game: what Green Bay’s defence can’t do. The Packers allow the second most passing yards per game with (269.2 yards, 31st) and while you can pick apart that ranking to bits based on their infamous “bend don’t break” mentality, it does open a gaping wide hole for doubt. Filling that void? You guessed it – Odell Beckham Jr.

As far as receivers come in this day and age, Beckham is the biggest home run hitter of them all. Eli Manning has a ton of warts, but he’s a proven post-season performer and has perhaps the most dangerous weapon in all of NFL betting this weekend. Shutting down ODB has proven to be impossible, even in triple coverage. If Eli hits ODB when it matters, the Giants always have a chance.

By and large, the Packers should win this game. It’s what probably makes the most sense on the surface. But “logic” and “betting on the Giants” have been two mutually exclusive concepts this entire season. So I’m riding that train and going against the grain, especially given how utterly bizarre 2016 has been to begin with.