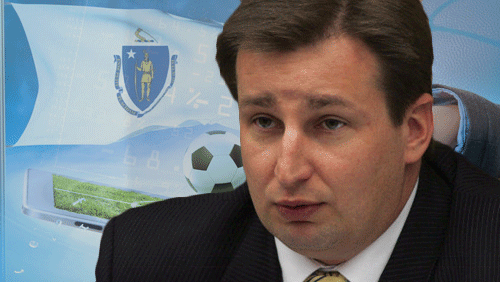 Florida is taking a second shot at passing a bill to exempt fantasy sports from Sunshine State gambling laws after a similar measure met its demise in a late legislative session meltdown last year.

Tallahassee Democrat reported that State Rep. Jason Brodeur, a Sanford Republican, filed a measure on Wednesday seeking to clarify that fantasy sports games are not considered gambling under Florida laws.

Brodeur’s HB 149 aims to exempt “fantasy contests” from regulation by the Department of Business and Professional Regulation, which oversees gambling in the state. The measure, which specifically includes games based on “athletes in the case of sports events,” comes amid questions on whether fantasy-sports contests are a form of gambling.

“The question was never answered,” he said. “The millions of Floridians who play fantasy games deserve to know that what they’re doing is not a crime.”

The bill, which has yet to get a Senate companion, allow players to draft rosters of actual athletes while categorically exempting fantasy sports from gambling laws since these are more of “games of skill” and not gambling.

This is not the first time that Florida pushed for the legalization of fantasy sports in the state. State Sen. Joe Negron, a Stuart Republican, and state Rep. Matt Gaetz, a Fort Walton Beach Republican, both introduced a similar bill last year.

Their measure, however, met its untimely death after a heated debate over a renewed blackjack agreement with the Seminole Tribe of Florida and connected bills that would have expanded gambling in the state.

If Negron’s measure passed last year, it would have categorized fantasy sports play, such as on websites like FanDuel and DraftKings, as “games of skill” and not gambling. The bill also will pave the way for the establishment of a state Office of Amusement to keep tabs on such operators.

“[The companies] look forward to working with Rep. Brodeur during the upcoming legislative session and, on behalf of the 3 million Floridians who love fantasy sports and want to keep their favorite pastime legal, we thank him for his support of fantasy sports,” Marc La Vorgna, spokesman for DraftKings and FanDuel, said, according to the news website.