3-barrels of exceptional live tournament value including a round-up of the most recent action on a Norwegian Cruise Ship; Larry Flynt is busting out $800,000 in guarantees at the Hustler, and PokerStars prepare for the birth of their new Bahamian baby. 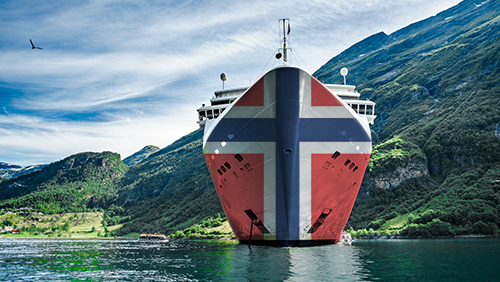 The shipping line company, Norwegian Cruise Line, are showing that the recruitment of a few famous faces helps when promoting your annual poker game.

Joe Cada, the youngest World Series of Poker (WSOP) Main Event Champion, joined the cruise ship company as a poker tour ambassador when he left PokerStars in 2014, and since then the field has grown from 186 entrants to 215 (2015) and 337 earlier this month.

Senior Vice Prez of Casino Operations, Jim Abbas, told Cardplayer magazine that they have no intention of stopping and expect next year to be even bigger.

If you want to get involved in that next journey, then pencil the dates Dec 2-9, 2017 into the diary and head over to www.ncl.com/pokerchallenge to book one of the 4,100 rooms.

Thanks for Cardplayer magazine for the scoop on this one.

If you prefer to play your poker on dry land then The Hustler Casino in Gardena, California is opening up their doors Jan 2-14 for the 2017 Poker Player’s Championships.

There are seven events in total (counting satellites), and they are all reasonably priced, as long as you can keep your finicky finger off the rebuy trigger.

With the European Poker Tour (EPT) buried beneath a flagstone in Prague, PokerStars set their sights on the Bahamas with their first stab at the PokerStars Championship.

The new festival will run Jan 6 – 14, and there will be over 90 events. The caviar is the $5,000 PokerStars Championship Bahamas Main Event. PokerStars has confirmed over 259 players have qualified online with an incredible 135 players winning packages via the $10 Spin & Go route.

If you aren’t one of those lucky winners and gave all of your money to Saint Nick, then PokerStars has your back. James Hartigan, Joe Stapleton and Matt Broughton will deliver as much action to you as they can muster through PokerStars TV via YouTube, Twitch and a variety of other different digital sources.

The main highlights of the festival are:

A vast array of PokerStars pros will descend on the Atlantis Resort, and Spanish golfer Sergio Garcia will also be making an appearance.