The European Poker Tour has topped the $1 billion payout mark at Prague, and a Bermudan received an early Christmas present by becoming the 16th Spin & Go, millionaire.


The European Poker Tour (EPT) has come a long way since John Duthie took a punt on an idea that emerged when playing with his rubber ducky. The first Main Event accrued a €229,000 prize pool when Alex Stevic defeated David O’Callaghan to win the €80,000 first prize. 115 stops later, and the tour has paid out over €1 billion. 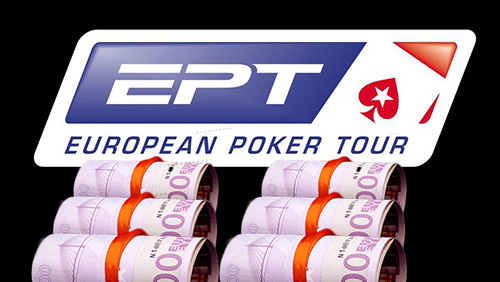 It’s a tour that divides opinion.

A quick glance at the numbers and you have to say it’s one of the most successful tours ever created. But dissenters believe as PokerStars has grown into the public monster that it is today, the need to make a profit has come before customer service.

PokerStars are under no illusion as to what the EPT stands for calling it the ‘world’s largest and most prestigious poker tour.’

I am sure the World Series of Poker (WSOP) will have something to say about that.

€432m of that billion euros has been paid out in Main Events courtesy of 76,414 players. The final Main Event before the tour rebrands into the PokerStars Championship is currently underway in Prague. 1,192 players were vying for a €774,600 first prize, and six players remain in the hunt. The Americans David Peters and Sam Cohen are still in contention.

But it’s the growth of the high rollers that has seen the cash prizes excel in recent times. What started out as a €10k buy-in experiment has turned into a medley of high buy-in events for the rich and famous.

And as Prague is the last EPT before it gets lowered into the ground they have gone a little High Roller crazy.

Here are the results thus far:

And at the time of writing, there is a third €10,300 buy-in event that has attracted another 393 entrants.

Here are the other big winners at EPT Prague:

The EPT ends it’s glorious run on Monday when it crowns its final champion.

The PokerStars Championships begins in the Bahamas in January 2017.

A Bermudan has become the 16th player to make a million bucks playing Spin & Go on PokerStars.

If ‘jrww86′ was worrying about how he was going to pay for all those presents he needn’t worry any longer. It took him barely 12 minutes to turn his $100 investment into $1m after beating ‘netspider_by’ from Belarus and ‘REVELKOF’ from Russia. Both runners-up earned $100,000 for being on the same table as the mysterious millionaire.