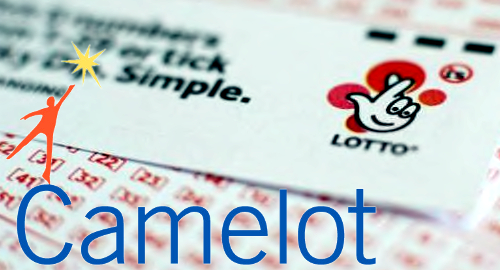 Last Friday, the UK Gambling Commission (UKGC) announced that it had levied a £3m fine on Camelot for breaching the terms of its operating license. Specifically, the fine stemmed from Camelot having paid out £2.5m to an apparently fraudulent jackpot claim in 2009.

Camelot CEO Andy Duncan revealed that the lottery operator received a claim in 2009 for the £2.5m National Lottery prize under Camelot’s “damaged ticket prize process.” Duncan said Camelot made what at the time seemed “a reasonable decision to take based on the evidence available,” but later realized that the ticket in question had been “deliberately damaged.”

The incident resurfaced last year after Camelot received “new information that cast some doubt on that original decision.” The UKGC investigation ultimately concluded that while “it could not be certain that a fraud had taken place, it was more likely than not that a fraudulent prize claim had been made and paid out.”

Compounding matters was the fact that UK media outlets have identified the bogus claimant as Edward Putman, a convicted rapist who continued to collect state benefits despite his £2.5m windfall. Putman was arrested for fraud last year when the new info came to light but was later released without charge due to lack of evidence.

Camelot said it was conducting its own investigation into the possibility of reclaiming the phony jackpot but admitted that the likelihood of getting the money back “is open to question.”

The UKGC’s £3m fine includes the £2.5m payday that should have gone to charitable causes, plus an additional £500k to rap Camelot’s knuckles. UKGC CEO Sarah Harrison said “Camelot’s failures are serious and the penalty package reflects this.”

Camelot says it has since made key changes to its prize payout control processes, including commissioning external assurance of jackpot claims. The UKGC agreed that the problems identified in the Putman case were not “systemic failings of the kind that would call into question other prize payouts.”

The UKGC’s spanking of Camelot followed a £300k fine issued against the operator this summer after incorrect winning numbers were published on the National Lottery’s website. In 2014, Camelot was fined £100k for incorrectly calculating a jackpot prize.

Apart from UKGC-administered public spankings, Camelot has scored a number of embarrassing own goals this year, including technical problems with its National Lottery mobile app that necessitated pulling the product for nearly one month this fall. More recently, Camelot was forced to warn players that their online accounts had been improperly accessed by persons unknown.