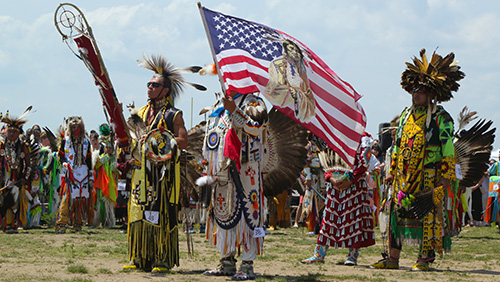 The U.S. government has emerged victorious in its long-drawn-out legal battle against the Iipay Nation of Santa Ysabel in California over the tribal nation’s online gambling operations.

In 2014, the Iipay Nation of Santa Ysabel hit the headlines when they launched the Desert Bingo site, which offered online bingo. The tribe threatened to follow that up with the launch of its own real-money online poker site called Private Table.

This, predictably, resulted in all hell breaking loose, with both state and federal authorities filing separate lawsuits to shut down the tribe’s operations. The two parties alleged that the Iipay Nation of Santa Ysabel’s various gambling operations failed to protect patrons who were physically located outside of the tribal grounds from accessing the platforms.

The state ruled against the tribe offering Class II bingo games to people living in California, and Desert Rose Bingo was suspended indefinitely.

A year ago, the U.S. government and California authorities merged their cases against the Iipay Nation, and last week—after arguments from both sides—U.S. Southern District of California Judge Anthony Battaglia ordered the federal-level injunction to be made permanent.

In his 34-page ruling, Battaglia said the Iipay Nation, the Santa Ysabel Gaming Commission, Santa Ysabel Interactive and other defendants violated the Unlawful Internet Gambling Enforcement Act of 2006 (UIGEA), and ordered the tribe to immediately stop “offering or conducting any gambling or game of chance played for money or anything of value over the Internet to any resident of or visitor to California who is not physically located on the tribe’s Indian lands.”

The tribe was also told to stop “accepting any credit, or the proceeds of credit, extended to or on behalf of any resident of or visitor to California who bets or wagers over the Internet in connection with any gambling or game of chance offered” by the tribe. The order includes payments made using credit cards.

The Iipay Nation, however, managed to win a minor victory in the decision when Battaglia dismissed California’s claim that the tribe breached its gambling compact with the state. In that part of the case, the Iipay Nation triumphed in its argument that the online bingo offering at Desert Rose Bingo was rightly categorized as Class II tribal gaming—not Class III—which means that it was legal under the U.S. government’s Indian Gaming regulatory Act.

But that victory wasn’t much of a solace when the federal government brought the UIGEA ban into play.

“It is beyond dispute that IGRA applies to only that which is conducted on Indian lands,” Battaglia wrote in his ruling. “But what of gaming that derives from servers located on Indian lands and utilizes the internet to reach beyond the borders of Indian country to patrons physically located within states where gambling is illegal? This is precisely the issue presented by this case.”