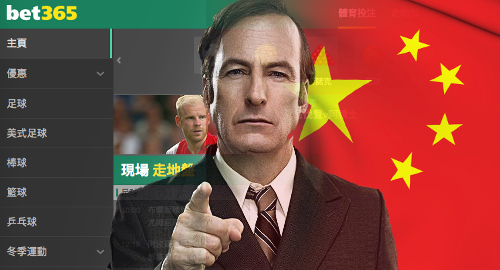 Tuesday saw the release of a sensationalized report by short-selling firm Spotlight Research, which claimed online payment processor Paysafe was headed for a fall due to legal concerns over its significant relationship with Bet365, which is reportedly quite popular with Chinese sports bettors.

Spotlight’s report sent Paysafe shares spiraling downward, losing more than one-third of their value in a single day. The shares have since rallied, but are still more than 10% off their closing price prior to the Spotlight report. Paysafe issued a statement saying the info in the Spotlight report was either factually inaccurate or old news, while focusing on Spotlight’s admitted self-interest in seeing Paysafe take a dive.

On Thursday, Bet365 issued its own statement to iGaming Business, calling Spotlight’s report “self-serving, misleading and inaccurate.” Bet365 says it “takes its legal and regulatory obligations very seriously” and its attorneys maintain that Spotlight’s read of Chinese law is fundamentally flawed.

Bet365 points out that there is “no legislation which expressly prohibits the supply of remote gambling services into China by operators who are based outside China. Bet365 has no people, assets or infrastructure in China and does not engage any agents, aggregators or intermediaries, for any purpose, in China.”

“In the view of Bet365, and its lawyers, Chinese law does not extend to the provision of services into China by gambling operators and service providers who themselves have no nexus with the territory.”

The fact that Paysafe investors were so spooked by Spotlight’s report illustrates the general lack of awareness that the average investor holds of online gambling realities. Bet365’s China-facing business is hardly a state secret, having been hilariously ‘outed’ in a breathless report by the UK’s Guardian newspaper more than two years ago.