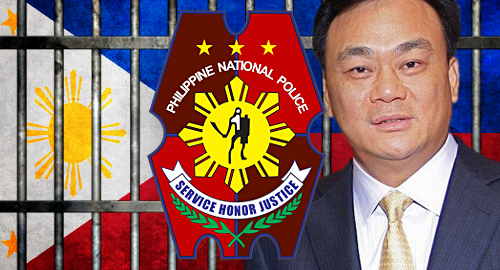 Duterte said Lam, who fled the Philippines just days before Duterte ordered his arrest, “would like to come back because he takes pity on the 6,000-plus Filipinos without a job.” Duterte’s two Philippine casinos – the Fontana in Clark Freeport and the Ford Ilocandia in Laoag – were shut down this week on Duterte’s orders.

Duterte said Lam’s gaming operations could resume only if he was willing to “settle his obligations,” which include paying back tax on the illegal online gambling operations that were run out of Lam’s Fontana property. Lam will also have to “let go of the original contract that allowed [Lam] to enjoy only 1%” gaming revenue tax rate rather than the 10% paid by other casino operators.

Lam may be getting off relatively lightly, but Duterte vowed that the government would pursue legal action against officials who accepted Lam’s bribes. Lam reportedly sought deals with Bureau of Immigration officials to secure the release of some of the 1,316 Chinese nationals arrested last month for illegally working at the Fontana’s online gambling business.

Formal charges have yet to be filed against Lam, as the PNP sought his arrest under direct order from Duterte. On Thursday, the President insisted he had “every right” to order Lam’s arrest because “his operations were in full swing.” Through his attorney, Lam has denied any illegality surrounding his Philippine operations but Duterte said Lam “seems to talk as if everybody is in his pocket.”

Lam is the founder of the Jimei Group junket operation. On Tuesday, the Jimei International Entertainment Group – in which Lam holds a controlling stake – filed papers with the Hong Kong Stock Exchange distancing itself from Lam, saying his Philippine operations “do not form part of the group’s business.”