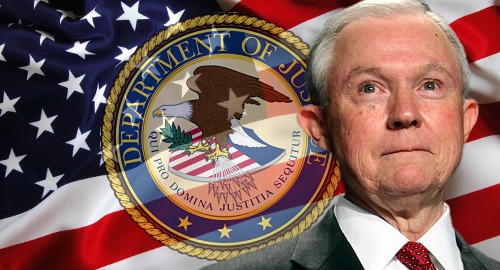 Sessions (pictured) is a controversial pick, given that in 1986 he was denied Senate confirmation as a federal judge, becoming only the second nominee in 50 years to be thus rejected, in part because former co-workers claimed Sessions was prone to making racist comments.

Sessions is a staunch social conservative, routinely scoring a top-10 mention in the National Journal’s ‘most conservative senator’ charts. Gambling stakeholders are now trying to figure out what Sessions’ appointment means for the US online gambling industry.

In his previous existence as a private citizen, Sessions’ new boss in the oval office advocated for both online gambling and legal sports betting. However, Trump’s path to the presidency was smoothed by large donations from Las Vegas Sands boss Sheldon Adelson, who hates online gambling almost as much as Trump’s combover hates strong gusts of wind.

Skepticism has been voiced as to the depth of Trump’s ties to Adelson, but the pair are evidently close enough that Adelson is one of several casino industry execs – including Steve Wynn, another online gambling antagonist – who were handed responsibility for organizing Trump’s inauguration bash in January.

It’s unclear if the Trump-Adelson bromance is strong enough that Trump would urge GOP legislators to pass the latest piece of Adelson-sponsored anti-online legislation. Even if Trump did make such a request, it’s equally unclear that enough GOP senators would be willing to ditch their commitment to states’ rights in favor of a federal ban.

But support on Capitol Hill may not be necessary to achieve Adelson’s aims. As Attorney General, Sessions will have the authority to reverse the 2011 Department of Justice opinion that paved the way for states to authorize online gambling within their borders.

Such a reversal would be subject to court challenges by the three states that have already launched intrastate online gambling operations, as well as the four states that have launched online lottery sales. But conservative groups like Judicial Watch, which has hosted speeches by Sessions, have continued to argue that the DoJ acted irresponsibly in its decision to “unilaterally legalize widespread internet gambling.”

Sessions was an early champion in the fight to ban online gambling, announcing his intention to co-sponsor the Internet Gambling Prohibition Act of 1997 due to his being “troubled by how easy it is for children to pick up their parents’ credit cards and gamble on the internet.”

Sessions never did add his name to the 1997 Act’s sponsor list, although the following year he voted in favor of an amendment to an appropriations bill that would have banned internet gambling. Since then he has been largely quiet on the subject of gambling, making the tea leaves hard to read. But given the loyalty Sessions demonstrated to Der Donald during the campaign, if Trump asks for an online shutdown, Sessions will make America grate again.