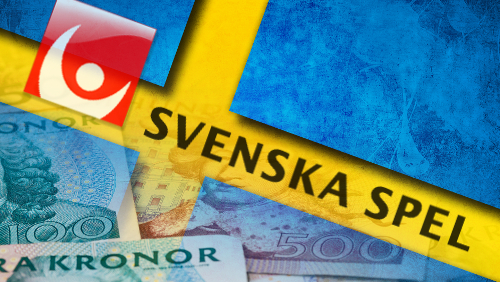 Figures released this week by the Lotteriinspektionen regulatory body show the overall Swedish gambling market generated revenue of SEK 16.2b (US $1.79b) through the first nine months of 2016, 5% higher than the same period last year.

The Svenska Spel monopoly reported flat revenue of SEK 6.5b, with land-based gambling down 3% to SEK 5.17b while online revenue jumped 12% to SEK 1.38b. Svenska Spel accounted for 40% of the market’s overall revenue through the first nine months of 2016.

Lotteriinspektionen can only estimate the revenue generated by internationally licensed online operators that accept Swedish punters, but the regulator believes this figure rose 16% to SEK 3.66b, representing about 23% of the total market, up from 21% in H1.

Sweden’s other approved gambling entities had a mixed online performance, with Postcode Lottery online revenue down 37% and the People Games lotteries slipped 4%. By contrast, the IOGT-NTO lottery’s online results improved 12% and the ATG horseracing monopoly was up 13%. The lotteries’ online sales are dwarfed by their retail operations but ATG’s online revenue topped SEK 1.5b, surpassing the retail betting total of SEK 1.4b.

Svenska Spel’s Q3 report showed its revenue falling 1.5% to SEK 2.15b in the three months ending September 30 while profits were down 1.6% to SEK 1.2b. Despite the shortfall, the company saw mobile sales rise 55% thanks to the launch of a new mobile app ahead of the Euro 2016 tournament. The app helped the company achieve a new record of 161k unique customers betting via mobile in a single week.

Svenska Spel, which has long lamented its limited gaming menu, used its Q3 report to announce that it had applied to the government for permission to launch new gambling products, including eSports betting and fantasy sports.

Sweden continues to count down towards the liberalization of its online market, which could include the privatization of Svenska Spel. The Ministry of Finance is due to report the findings of its review of the country’s online industry by March 31, 2017. The ultimate goal is to have a new policy framework in place before the September 2018 national election.