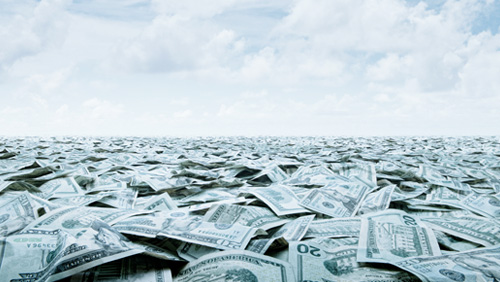 Move over Nevada, the United States has a new gambling tax grand champion.

The state of Pennsylvania has become the top gambling tax mine in the United States after it collected a whopping US$ 1.38 billion in tax, according to the report of Las Vegas Review – Journal.

Based on the data provided by the American Gaming Association, gambling newbie Pennsylvania has collected nearly $500 million more than what Nevada collects in terms of tax revenue and has climbed 2.34 percent in 2015 from the previous year.

It is worthy to note that the 12 casinos operating in Pennsylvania produced $3.17 billion in gross gaming revenue compared with that $11.11 billion in Nevada.

The tax revenues collected by the state of Pennsylvania reportedly goes to property tax relief, economic development, tourism, to the struggling horse-racing industry and to the general funds of local governments.

Trailing behind Pennsylvania is New York, which is also considered a relative newcomer to the industry. Despite having legalized commercial gambling in 2001 and opening its first casino in 2004 New York is predicted to surpass Nevada in terms of tax gambling revenues.

New York has been banking on two properties close to New York City – the Resorts World Casino in Queens and the Empire City Casino in Yonkers – to deliver money that will fill the state coffers since 70 percent of the wagering happens there. Seven other casinos contribute money to the Big Apple.

Coming at number 3 is Nevada, which has been touted by many as the gaming gold standard of the United States. Unlike Pennsylvania and New York, Nevada has been in the gaming business since 1931 and has 271 casinos operating in its jurisdiction.

Data showed that Nevada has generated $889.1 million in tax revenue in 2015, .087 percent of what it was in 2014. This pales in comparison with New York’s gambling tax revenue, which grew by 2.8 percent from the previous year.

The research, which The Gaming Association conducts annually, is conducted in order to determine key trends, according to the group’s media relations director Steve Doty. Recently, the group has started to track tribal gaming more closely in a bid to get information on how the casino industry impacts the communities in which they reside.

Meanwhile, the research said that the Strip, Atlantic City and Indiana and Illinois Chicago-area casinos were able to hold on to their top-three ranking from last year in the top 10 gaming revenue-producing markets list.