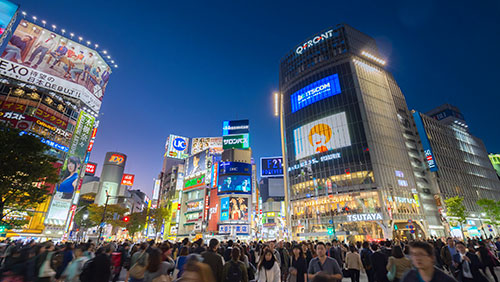 It may not be the new Macau or Las Vegas, but if things go as planned, Japan’s casino trajectory may just follow that of Singapore, according to an analyst.

Casino gambling is prohibited under Japan’s constitution, but multiple reports have surfaced over the past weeks about a plan to push for the legalization of casino gambling in the country. There is no guarantee that the so-called Integrated Resorts Promotion bill will make the legislative cut, and even if it does, there may not be enough time in the extraordinary session – which commences later this month and wraps up in late November – to address the always contentious casino question.

In an interview with Reuters, ruling Liberal Democratic Party General Council chair Hiroyuki Hosoda said “there was a near-certainty the bill would be debated in the current parliamentary session.”

Unlike previous efforts, the chances of success are higher this time, according to Global Market Advisors managing partner Steven Galloway, thanks to international casino operators who have stepped up their efforts to educate Japanese legislators and stakeholders on the benefits of casinos.

In fact, Galloway thinks Japan could become the next Singapore, which has found a place in the global gaming stage with just two integrated resorts—Marina Bay Sands and Resorts World Sentosa.

“Both countries are politically and economically stable, have diverse levels of international tourism, and are geographically on opposite sides of Asia,” Galloway said, according to CNBC. “We believe that two IRs in Japan would quickly surpass the revenue story in Singapore, which in turn would make Japan the second largest gaming market in the world behind Macau.”

Japan has been teasing casino operators for most of the decade with on-again, off-again pushes to amend the country’s constitution to allow casino gambling. When Tokyo was awarded the Olympics in 2013, the hope was that the first gaming venue could open in time to capitalize on the expected tourist influx. However, more recent timelines for Japan’s first casino have now been pushed back to 2023, and that’s if legislators can pull the cork out over the next 12 months.