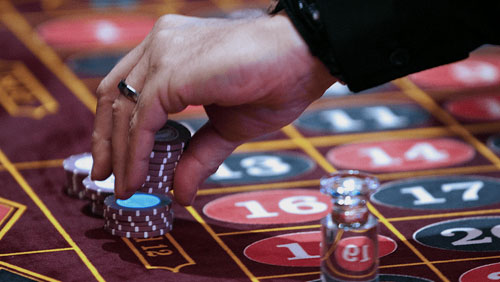 After seven years of waiting, Vietnamese residents are one step closer toward the glitzy sights and sounds of casino gambling.

The Lottery and Gambling Division of Vietnam’s Ministry of Finance (MoF) announced on Monday that it submitted a long-awaited draft decree, which will allow Vietnamese residents to gamble in casinos for the first time.

“We hope that this will be the last draft, already we have seen a lot of revisions before its submission in June,” Nguyen Huy Dat, deputy director of the (MoF Lottery and Gambling Division, told the Vietnam Investment Review.

The MOF also considered some of the expectations of casino operators and other stakeholders, including the reduction of total investment capital of a casino project from $4 billion to $2 billion, with a condition that the disbursed capital must reach at least $1 billion.

“We took these issues into consideration when we composed the draft. However, the final decision will be made by the government,” Dat added.

For investors, the MOF’s announcement is a big positive for the region’s gambling industry, which is now grappling with anemic gaming revenues due to the Chinese economic slowdown.

“Owning the largest casino venue in Vietnam, Ho Tram is waiting for the adoption of the decree to improve our casino business performance further,” Michael Kelly, executive chairman of Ho Tram Project Company Limited, said in an interview with the business news website.

The government started to draft the decree to allow residents to gamble since 2009 in order to attract investors. However, investors have opted to stay on the sidelines after seeing several delays in the approval of the controversial draft policy.

According to the MoF, the delays in the approval on the draft decree have cost Vietnam $800 million in tax revenue losses annually since the new policy is needed in order for the government to grant licenses for new casinos.

Vietnam has licensed at least eight businesses to run casinos as of the end of 2014. The Vietnamese government has also recently approved the development of two large-scale casino projects in Van Don in the northern province of Quang Ninh, and in Phu Quoc of the southern province of Kien Giang.

A recent study by the Institute of Regional Sustainable Development (IRSD) indicates that if foreign direct investment in casino increases by $3 billion, Vietnam’s GDP will expand by 0.58 per cent.