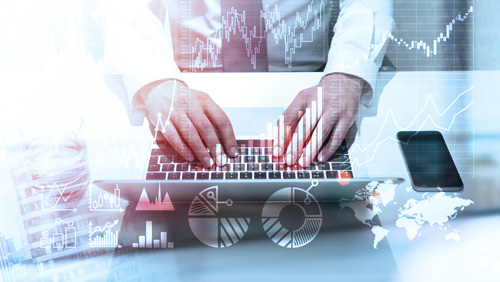 The capital markets are not a simple game of follow the leader. Every single investor who has ever lived or will ever live always wants to find that one indicator that will predict with certainty where stocks are headed. Many use insider signals. But certainty does not exist. Insider selling is only predictive of outcomes that are extremely binary, or otherwise as some part of a pump and dump scheme. For example, if the FDA is about to approve or reject a drug and you see a bunch of insider selling the day or week before the bureaucrats meet, you can assume that someone has insider information that is not being released to the public. In that case, you better sell.

Or if you fell for one of those spam emails about how some unknown company with a market cap of $5 million is going to be the next Apple in 3 months time and somehow accomplish this without any employees, and you see a form 4 filing from the CEO selling all his shares to the poor lemmings who were taken in by spam, it’s a good indication to get out. But when it comes to established and highly liquid companies like 888 that are not either penny stocks or extremely binary biotechs dependent on the opinion of a single bureaucrat at the FDA, insider selling does not mean a stock has reached a high. All it means is that the seller would rather do something else with his money.

News is abuzz about how Shay Ben-Yitzhak, one of the founders of 888, lowered his stake to below 2.6% of the company from 10.9%. What many people don’t know about Shay Ben-Yitzhak is, well, almost everything. The man is a shadow, avoids media attention, does not revel in fame, does not conduct interviews, does not even have his own Wikipedia page. The man co-founded one of the most successful companies in Israel without any serious government “protexia” as they say in Israel for sly connections with the corridors of power, he’s one of Israel’s biggest tycoons, and he’s not even on Wikipedia.

Let me clarify for linguistic purposes that I live in Israel, I am fluent in Hebrew, and I checked for any Hebrew Wikipedia page or any other Hebrew biography for שי בן יצחק as well and did not find anything substantive, so it’s not just a language gap. The first result on Google from an Israeli IP address for the Hebrew name is an article from 2005. Talk about one heck of a microscopic internet footprint. All that is known is that he’s a computer guy and he was in charge of writing the software that powered 888 at the very beginning in the late 90’s.

Also important to keep in mind is that this is not the first time that Ben Yitzhak has sold a major stake in 888. In 2007, he and his brother Ron sold 13.6 million shares out of 57.5 million. In 2007, 888 shares were floating around the low to mid £1 plus area. Now they are £2.15, so the two brothers lost nearly 100% gains. Does that mean anything? No, and neither does the fact that the Ben Yitzhaks sold now. Entrepreneurs are not prophets. They buy and sell and gain and lose just like the rest of us. Keep in mind just as well a very simple point that is somehow forgotten during big insider selling like this: For every seller, there is a buyer.

The sale now at just above £2 a share is almost exactly what William Hill offered for the company in February 2015. As Israel’s Globes newspaper reports, Ben Yitzhak wanted to sell back then but cofounder Avi Shaked refused. Judging by Ben Yitzhak’s extremely low profile and his reported desire to sell last year could just mean that he was waiting for price to cross the £2 threshold, what he wanted a year ago, so he could move on to other things.

There are three other ways to look at this. Back when 888 was struggling after the passage of the Unlawful Internet Gaming Enforcement Act, Ben Yitzhak lent his hand back to the company and helped rebuild it after initially leaving in 2006. The fact that he sold most of his shares now could just mean that he believes that 888 has fully matured and it no longer needs his involvement, either as a shareholder or advisor. Secondly, reclusive millionaires generally do not want government attention, and by getting under the 3% threshold, he no longer has to fill out any forms as a large stakeholder. That may seem trivial, but nobody wants to fill out government forms for anything, especially when most of your wealth is stored away in tax havens.

The third way to look at it, which I believe is the most accurate, is that he’s just a guy like any other guy who sold shares just like anybody else sells shares in any other company. It is clear that the man doesn’t think of himself as anyone’s guru and is not seeking any attention from anyone about anything. He just feels like moving on, and why not now when the company is doing well? Any sale would have attracted attention, and better at a high than at a low for the sake of public relations for the company he helped found.

Does that mean that 888 can’t go any higher? No. It can. It is up almost 100% since Ben Yitzhak’s last major sale in 2007, and could just as easily double again over the next decade.