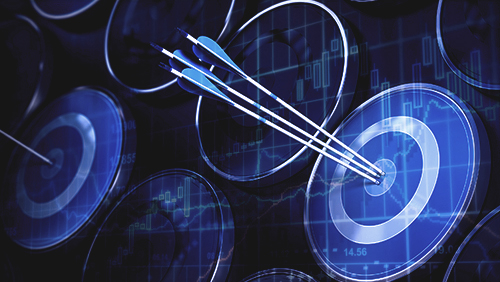 Trading is a losing game if it is your chief strategy. You’ll win big sometimes and you’ll lose big other times, but taken together it will be a loss unless you are a time traveler. Chances are, you’re not, so long term investment is the only long term winning strategy. Warren Buffett demonstrated this long ago, and it still holds true for any industry. This is precisely why we only held 0.5% in Caesars puts before the big Davis Report release last week. Though correct on outcome, I was wrong on magnitude which led to a loss. We can try again in May with a smaller sum when the next big court decision is scheduled, but a 0.5% is easily recoverable.

Bottom line, Paddy Power Betfair and 888 are the best companies to hold long term. 888 is higher by 15.6% since January 19, and while Paddy Power is more of a math problem considering the merger, its growth is obvious and in the right places. Both companies represent two models of growth, so hedging between them makes sense. 888 is the model of go-it-alone growth, not intentionally, but that is what ended up happening. The advantages are less leverage, less internal politics, more control over itself, less contracts and more just doing business. The disadvantages are that going it alone makes it harder to command market share all else being equal. Given that both companies are good at what they do, both may end up growing nicely long term with both strategies. It’s just good to have a stake in both for diversification.

The politics are already evident with Paddy Power Betfair as former Paddy CEO Andy McCue has chosen to leave in order to pursue new opportunities. Perhaps this was planned, amicable, the ultimate goal and all the rest. But even if it was, it still shows the downsides of mergers. You can have talent coming from both sides, but one side will always be dominant over the other, and hopefully the gain will be greater than the loss. That’s just the nature of business reality.

Last week we dealt with the tax blow to 888, and that really is the ultimate factor here between Paddy Power Betfair and 888, which in itself is a sad thing. Both companies’ growth strategies seem to be working, so the difference between them is really who can scale up best to defend against new tax regimes. When tax questions become the ultimate competition between businesses, what you have is no longer business but defensive maneuvering around politicians. It’s a whole different and more arbitrary game.

With taxes you need scale to overcome it. That’s the essence of the tragedy because the higher the taxes, the more advantage big business has over small business. This is what spurs mergers in the first place. The more politics tries (in name only) to even out the playing field, the more it ends up skewing it. On the one hand you have 888, which if it can grow itself out of its new tax hole (it looks like it’s going in that direction), will have all the profits to itself. On the other hand you have Paddy Power Betfair, which is trying to overcome the new tax regime by merging. Both strategies are worth a try, which is why both Paddy Power Betfair and 888 are worth investing in with equal weighting. Who will win? Maybe one, maybe both, maybe to different degrees. The big picture is that they are both safe investments.

Regardless of capital gains, Paddy Power Betfair will be giving out 50% of its profits in dividends, a pretty good long term balance between shareholder reward and continued investment. Unregulated market revenue is not very significant at 6%, so if it is suddenly shut down by some legislative act or other, it won’t be a very big deal. For Betfair alone, revenue is up equally in sports, gaming, and Befair US all at around 20%, which shows a very balanced business. On top of that, total revenue growth itself of 31% was driven by an almost equal 27% increase in active customers. This means most of Betfair’s growth for the latest quarter was organic.

Mobile revenue growth is up 63% for Betfair. Mobile will continue to outpace all other growth outlets so no complaints there. This summer, New Jersey horseracing will open up, not a huge bump but still a good sign of diversification. Back to Paddy Power alone, there was 18% growth in amounts staked for 2015 and net revenue growth of 19%, meaning amounts staked is almost 1:1 to revenue, also a sign of good organic growth.

Perhaps the most important sign of growth for Paddy alone (this will get less confusing when they start reporting together) is that 44% of its top line last year was in Australia. This almost makes Paddy Power de facto an Australian company. The Australian market should excite all gaming investors because the country is both geographically and politically relatively isolated. There are no EU referendums to worry about, no major terrorism problems right now, no Eurozone currency debacles, nothing of the kind. It’s just hanging out there in the middle of the Pacific, not bothering anyone and being relatively little bothered by political developments compared to other hubs.

An investment in Paddy Power Betfair is a dual investment in the UK and Australia. UK is at 40% of operating profit (Paddy alone), meaning both markets constitute 84% of total business for Paddy alone, and the merged group is heading towards heavier Australian activity. Paddy profit in the UK is down 21% for the year, but up a phenomenal 52% in Australia. A good number but nothing to get excited about long term is growth in Italy, Ireland, and Rest of World at 10%, but Italy and Ireland are Eurozone bottom-feeders so this growth is not to be relied on, and the US is unpredictable with the continuing evolution of its complicated gambling laws.

Bottom line is, if you’re looking for stability and relative insulation from political earthquakes, somewhere you can put your money, ignore it, and check back in 10 years, Paddy Power Betfair is the place to be. Together with 888, they are both good hedges against each other as to which will outperform the other, while both will probably do well regardless of who does better. While 888 may have an easier time with internal politics and deciding its ultimate direction, Paddy Power Betfair may have an easier time with overcoming the new tax regime and growing past it. Both corporate strategies are good to have exposure to.