Home / Casino / How to Trade the Imminent Caesars Report 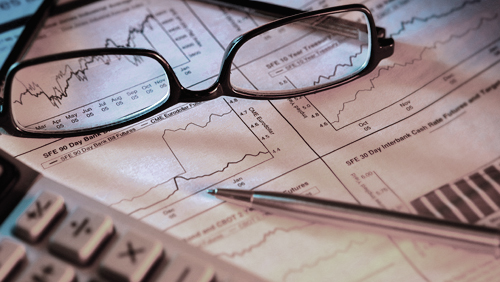 It looks like we’re going to find out Caesars’ fate in about one week from now. The actual report determining what Caesars did, from a legal perspective at least, is going to be filed any day now, and it will be under seal until March 14 when a redacted version with a bunch of black lines through some of the content will be released to the public to feast on. In the following weeks, those black lines will be removed and we can all see the full report.

No one is going to read it of course because we’ll all know the basic answer seconds after the initial release. Not to mention, the report will be based on a review of 8.8 million pages of documents including interviews of 70 witnesses. It’s sure to be riveting I bet. If anyone ever doubted the efficiency of markets over red tape, think of 8.8 million pages of legalistic nonsense being compacted into a single market response in a fraction of a second. One market movement will tell us in less than a second what those 8.8 million pages ultimately amount to.

The question isn’t whether or not Caesars hid assets from bondholders in an underground financial nuclear fallout shelter while sticking all its debt on a toxic barge to sink in the middle of the Pacific. It’s obvious that is what they did, practically. The issue is whether they did it in a convoluted and legal enough way to get away with it. And that’s what we’ll find out in one week or so.

So far investors are betting on a bad outcome for the beleaguered casino. Options on CZR expiring on March 18th, about 4 days after the publication of the initial redacted report, show much heavier open interest on the Put side over the Call side. At the $7 strike (CZR is now trading at around $8.75, March 7) the Put/Call ratio is nearly 3 to 1. The full open interest ratio over all strikes for March 18 is 7708/3612, over 3 to 1. That ratio looks like it’s going to get even more skewed to the bearish side as the week progresses and the initial release of the report gets closer.

If the report ends up being positive, the 52 week high is $12.48, close to $4 away from where we are now. If we go back to the 52 week high, which seems reasonable because the pressure will be off, your calls will double for a gain of $1,000 (they are now worth $4 and will be worth around $8.00 if we reach the 52 week high), and your puts will collapse for a loss of $1,000. You’ll probably break even, or make a little bit of money if shares go higher than $12. So overall we have a potential gain of $4,600 with very little downside on a straddle. You can fiddle with the strikes and the relative weighting to hedge it better towards what you think is more likely to happen. The $5 puts for some reason are at a discount today with an ask price of $0.10, but probably won’t be for very long.

The biggest risk with straddling though is if the report is inconclusive and shares don’t make any big movements. I don’t see that happening though.

The other risk is that the exasperated judge Benjamin Goldgar, who has threatened to throw out the entire case if no agreement is reached, could actually end up doing that which leaves us at a stalemate. In that case who knows where shares will go, if anywhere, and we may have to start this whole nonsense over again. You gotta love the government-controlled justice system, where 8.8 million pages of documents could end up ultimately leading to nothing. Sounds like time and work well spent.

The media is touting the fact that the man in charge of the report is Richard Davis, who was part of the Watergate investigation that brought down Richard Nixon. This really isn’t that important, but it makes for a good story. Those who were around for the 2000 election remember that Team Gore hired David Boies, the so-called “Microsoft Slayer” with a bunch of high profile cases under his belt at the time (and Bill O’Reilly’s doppelganger). He ultimately lost the case for Gore despite his impressive resume. The profile of a lawyer does not matter all that much.

Caesars, for its part, says that it expects to win the case, but that if it doesn’t, it will wind up bankrupt. This is really the only thing it can possibly say on the matter. It can’t hint that it may lose the case, or else its share price would have already dropped to zero.

Meanwhile, while the noose is tightening around Caesars’ neck, it’s going on a spending spree upgrading 5,700 of its rooms, 15% of the company’s total room count. And really, why not? If they win, they win, and they can move on. If they lose, they won’t be able to pay the contractors doing the work anyway, so may as well go out in some style. Makes you wonder who’s taking up the work with a guillotine hanging over their employers’ financial heads.

In the words of Caesars Entertainment CEO Mark Frissora, “We are re-investing in our room product to ensure that our guests’ in-room experience perfectly aligns with the extraordinary entertainment offerings we have developed and upgraded in recent years.”

Isn’t that nice? Party on.