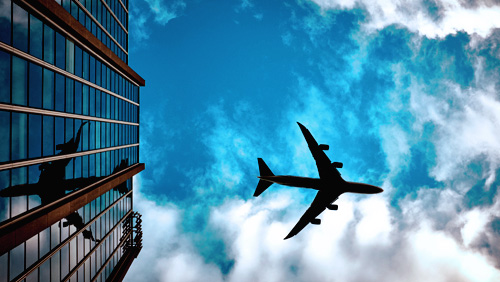 The World Poker Fund Holdings Inc. are hoping to tap into the lucrative $4 billion dollars in-flight entertainment industry by being the first to offer a real money gambling solution via InSkyCasino.com.

On April 6, 1925, the world of in-flight entertainment was born when an Imperial Airways flight from Croydon Airport screened The Lost World by Sir Arthur Conan Doyle.

50-years later, thanks to Braniff Airlines, passengers were able to play their favourite video game from the sanctity of their tiny seating space. Unfortunately, video games weren’t as advanced as today and everyone had to make do with playing Pong.

There was a problem with the Pong experiment. Everyone had to watch one person playing it. It would be another 13 years before Airvision, a subdivision of N.V.Philips, became the first company to stick a monitor in the back of the seat so people could Pong on their own.

Fast forward to 1996 and the first live in-flight TV broadcast took place when Delta Air Lines showed the Atlanta Olympics, and in 2001 Air Canada passengers were able to send the first e-mail.

Today, according to researchandmarkets.com, the in-flight entertainment market is worth an estimated $3.12 billion and is expecting to rise to $4.98 billion by 2020, as airlines compete to make you feel like you are still inside your living room.

And yet, taking all of that into consideration, there is still very little chance that you can log on to your in-flight entertainment and gamble for real money, and all of that is about to change.

The World Poker Fund Are at it Again

Press releases from the World Poker Fund Holdings Inc. (WPFH) are hitting my mailbox like rain hits the floor outside my front door – it’s incessant.

In the latest ‘improvement notice’ the WPFH bean counters have been busy. They believe their recent decision to acquire a 49% stake in the online gaming assets of the Universal Entertainment Group (UEG) is going to net them $143 million in annual in-flight gaming and online revenue from their ‘initial offerings.’

The forecast came from ‘accepted industry analysis’ and ‘UEG and Iowa Tribe of Oklahoma projections.’ Jamie Gold, former WSOP Main Event Champion and WPFH Ambassador, said: “This latest move gives us the opportunity to be the first and only real money gaming source in the sky and further.”

Are the WPFH in talks with Elon Musk about the possibility of instaling in-flight entertainment in Falcon rockets laden with a million men, women, and children en route to Mars?

The WPFH are expecting the money to roll in after several critical stages. The first of which involves the launch of The Iowa Tribe of Oklahoma’s online gambling den offering live cash casino games, bingo games, and poker games, to international (non-US) players. That move will take place within the next three months.

Then in Q1 2017, their web domain InSkyCasino.com will be used to share those games with ‘selected international airline flights’ who’s names at this moment in time remain a mystery. Punters can gamble aboard an ‘international flight in excess of two hours reaches cruising altitude’. Interesting parties aged 21 and over will be able to receive complimentary Wi-Fi with the caveat that they will have to deposit a minimum of $25 into their online real money InSkyCasino.com account, operated by The Iowa Tribe of Oklahoma’s PokerTribe.com/.gov.

It sounds groovy, but I wouldn’t advise it. In 2012, VietJetAir was fined after five female victors in a Vietnamese beauty pageant, performed a three-minute bikini dance along the aisle. The in-flight entertainment was laid on to celebrate their first flight between Ho Chi Minh City and Nha Trang.