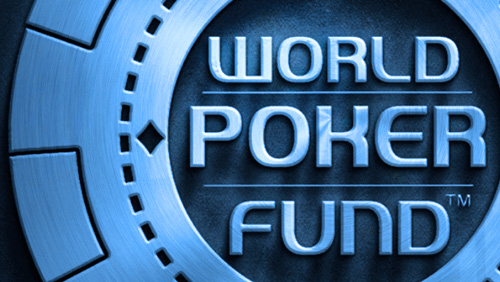 World Poker Fund Holdings has acquired a 49% stake in the online gaming assets of Universal Entertainment Group, the digital outfit that created the online poker site PokerTribe.com for The Iowa Tribe of Oklahoma.

World Poker Fund Holdings, Inc (WPFH). will be an integral part of The Iowa Tribe of Oklahoma’s first foray into the world of international online gambling.

Assets include trademarks, online gaming platforms, source codes, casino licensing, and consultation agreements. UEG were the platform that The Iowa Tribe of Oklahoma paid an undisclosed sum of dosh to set up PokerTribe.com, the website that the tribe hopes will be the portal to global online poker domination.

It may be an undisclosed amount, but we can have a relatively accurate guess at the kind of money involved. Circa 2013 the Cheyenne and Arapaho Tribes of Oklahoma paid UEG a reported $9.4m to set up an online poker room called PokerTribes.com before running into a disgruntled Federal Department of Indian Affairs who shot the pigeon down.

The United States District Court for the Western District of Oklahoma had a different view when dealing with The Iowa Tribe of Oklahoma case. On April 18, 2016, the judge gave the thumbs up for the Indian Tribe to launch their online poker site, and share it with States and other countries where playing online poker is legal. The press release organised by WPFH’s PR company 1-800-PublicRelations, Inc (1800pr), stated that they expect the tribes ‘online real money play casinos to be launched and generating revenues within the next 90 days domestically and globally.’

One wonders if the 49% acquisition has anything to do with the UEG’s owner Fereidoun “Fred” Khalilian financial problems. In 2011, Khalilian reached a $4.2m settlement with the Federal Trade Commission (FTC), after his telemarketing company The Dolce Group Worldwide, LLC, was deemed to be a robocalling business that made deceptive auto warranty pitches. He was also permanently banned from the telemarketing business. There was one slight problem. Khalilian didn’t have $4.2m. His corporate and personal property accounted for only $50,000. The FTC were granted rights to collect the remainder of the balance over time.

It wasn’t his first ticking off. In 2001, he was banned from all travel telemarketing and ordered to pay $185,000 in consumer redress for making dubious pitches for travel packages.

But hey, this isn’t telemarketing, this is online gambling, so let’s give the guy a break.