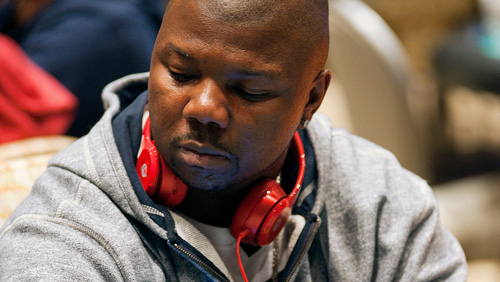 Two-time World Series of Poker Circuit gold ring winner, Travell Thomas, has pleaded guilty to his role in a debt collection scam that extracted $31m from his victims in a five-year period between 2010-15.

In a period of five years between 2010 & 2015, Buffalo resident, Travell Thomas, won two World Series of Poker Circuit (WSOPC) gold rings, earned over half a million in live tournament earnings, and conned victims to part with $31m in his role as the leader of a debt collection scam.

Thomas, who was arrested in Nov 2015, pleaded guilty in front of a packed Manhattan law court on Tuesday where he repeatedly broke down in tears.

“I knew what I was doing was wrong and violating the law,” he told U.S. District Judge Katherine Polk Failla during the case.

Thomas is one of 15 people charged with a broad range of offences including wire fraud. He was the person in charge of four Debt Collection Agencies located in Buffalo and admitted telling his employees to use strong-arm tactics to coerce victims into paying excessive loan fees. He told victims that his firm was affiliated with the local government and law enforcement agencies and they would be arrested if they didn’t stump up the cash.

In August, Thomas’s legal team wanted Attorney Preet Bharara removed from the case because they believed his interest was ‘racially motivated.’ The attempts didn’t fly, and after Thomas had pleaded guilty, Bharara called the case a ‘landmark consumer fraud case that victimised thousands of victims throughout the country.’

The Daily Mail said Thomas pocketed $750,000 from the scheme and spent it on a lavish wedding ceremony, on gambling and his wife’s cosmetic surgery.

The teary-eyed 38-year-old vowed not to challenge any sentence doled out that is less than 15 and a half years, or a forfeiture of up to the $31m he helped steal.

Sentencing will be carried out in February 2017.