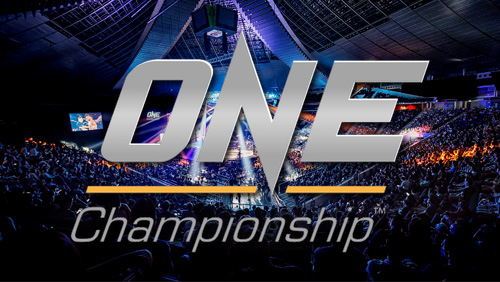 2 May 2016 – Singapore: The largest sports media property in Asian history, ONE Championship™ (ONE), has announced the addition of three key senior hires to join its executive leadership team. Pithambar Gona joins as ONE Championship’s Chief Financial Officer, Kevin Sim as Head of Media Rights Sales, and Kevin Matas as Head of Marketing.

Prior to joining ONE Championship, Pithambar (“Preet”) Gona was most recently a Managing Director at Blackstone, one of the world’s largest and most successful investment firms, where he worked for approximately 7 years, most recently based in Singapore. As Blackstone’s first investment professional in Singapore, Gona launched and led the firm’s private equity business in Southeast Asia. During his tenure, Blackstone’s overall operations in Singapore grew to more than 35 professionals. Before joining Blackstone in 2008 as a founding member of its Asian M&A advisory business in Hong Kong, Gona worked as an Associate at Lehman Brothers in Hong Kong. Gona received an MBA from the Wharton School, University of Pennsylvania, a Masters in Manufacturing Management from the Pennsylvania State University and a BE with distinction in Mechanical Engineering from Osmania University in India.

Hailing from Red Bull, the leading energy drink & one of the top action sports media brands in the world, Kevin Matas is a seasoned marketing & social media executive who has spent his career building, launching, and developing various brand and media properties. Most recently, Matas was in charge of Red Bull’s entire social media platform in the US: social media strategy, programming, content development, community management, and analytics across various platforms (with a collective audience of 50 million followers). Matas was also a key part of the pioneering team that launched Red Bull’s monthly magazine (The Red Bulletin) in the United States. Heading up all marketing efforts for the magazine, he led the charge in production, distribution, audience development, brand management, brand activations, partnerships, and social media.  During his tenure, the Red Bulletin’s audience grew from 0 – 315,000 print subscribers in 3 short years, making it the fastest growing active-lifestyle magazine in the U.S.

Kevin Sim is a world-class media executive with a sharp focus on media rights sales in Asia.  As a sales and marketing executive, Sim was part of the pioneering team of MP & Silva as its 3rd employee, and played a pivotal role as Marketing Director in transforming the upstart into one of the world’s premier international sports media distribution companies. He played an active role in driving TV and media rights for sports federations, leagues, clubs and rights holders.  Sim also has significant experience as a regional commercial director at MCA where he held a number of key sales and commercial roles across Asia-Pacific, including sales, partnership, business development and distribution roles. At MCA, Kevin led all aspects of commercial responsibilities for the firm and its umbrella of channel and media partners, which includes Bloomberg Television, ITV Choice (Granada), Outdoor Channel, amongst others.

ONE Championship is the largest sports media property in Asian history. Headquartered in Singapore, the world’s most exciting mixed martial arts organization hosts the largest sports entertainment events across Asia featuring the best Asian mixed martial artists and world champions, all signed to exclusive contracts, on the largest media broadcast in Asia. ONE Championship is broadcast to over 1 billion viewers across 75+ countries around the world with some of the largest global broadcasters, including FOX Sports, Setanta, MNC, Astro, Thairath TV, ABS-CBN, TV5, Physique TV, MYTV, HTV, Esporte Interativo and more.