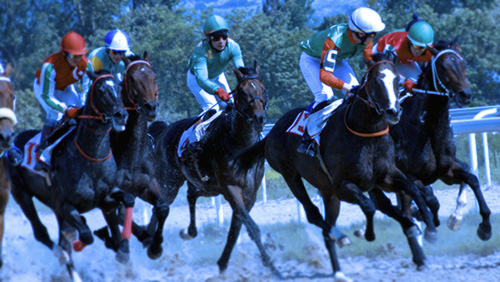 Tabcorp’s year-to-date revenue rises 1.9% to $1.65 billion, boosted by moderate surges from its wagering and Keno business.

In an announcement to the Australian Securities Exchange, Tabcorp Managing Director and CEO David Attenborough said the company’s revenue for its wagering and media unit rose 1% to $1.4 billion in the nine months ending March 31.

Wagering & media revenues for 3Q16 were up 0.5% to $442.8 million, while wagering turnover grew more than 3.1% to $3 billion. The difference in turnover was impacted by favorable results for customers, particularly on the major race meetings in March.

Tabcorp remains the official wagering partner of the Victoria Racing Club (VRC), after it extended its sponsorship agreement a further eight years until 2024.

Aside from its wagering unit, the company enjoyed continued positive trading momentum for its Keno business, which posted 7.2% growth to $158 million over the nine-month period, and a 10.9% rise to $48 million during the third quarter.

“Performance in NSW and Victoria remains strong, while Queensland continues to be challenged by local economic conditions,” Tabcorp said.

Gaming Services continues to grow, with the opening of new venues in NSW in late 2015 coming through in the revenue performance this quarter.

In line with the practice of the majority of ASX100 companies, the gaming giant also announced that it would no longer provide quarterly trading updates to the market, relying instead of half-year and full-year earnings reports.

Although Tabcorp is set to benefit from the Australian government’s decision to ban online in-play betting in the country, it’s not all good news for the company as it faces 61 new money laundering reporting breaches as part of a landmark Federal Court lawsuit filed by the Australian Transaction Reports and Analysis Center (AUSTRAC). Tabcorp could face penalties of up to $18 million over allegations of non-compliance with Australia’s money laundering and counter-terrorism financing legislation.