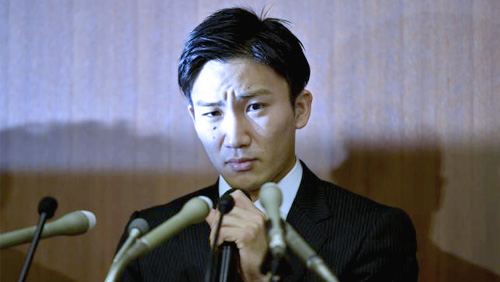 Japan has lost its ace badminton player for the Rio de Janeiro Olympics due to gambling charges, despite tearful pleas for mercy from his teammate.

Kento Momota, ranked second among world badminton players, was given an indefinite suspension, which meant that the 21-year-old wouldn’t be able to join the Japanese team in time for the Olympics, the Nippon Badminton Association announced over the weekend, according to Bloomberg.

A Reuters report quoted badminton officials saying “it would be hard to nominate Momota…for a place at Rio after finding out that he and teammate Kenichi Tago gambled at an illegal casino.”

The suspension came despite Tago’s tearful appeal for officials to allow Momota to compete. The 26-year-old told reporters: “I don’t care what punishment I get, even if I can never play badminton again. My only wish is that you give Momota another chance.”

Officials from the pair’s team, NTT East Japan, said the two were confirmed to have placed bets at an underground casino that authorities busted last year. According to NTT East, Tago introduced Momota to a baccarat casino in Tokyo’s Sumida Ward, which Momota visited six times through January 2015.

The members-only underground casino reportedly made an estimated 100 million yen (US$915,000) in the three months that it was in operation. Authorities believe the money was a “funding source” for a local crime syndicate.

Tago also reportedly visited another underground casino in Yokohama until January of this year, according to the Tokyo Reporter.

Momota admitted to spending 500,000 yen during his visits to the casino, while Tago lost an estimated 10 million yen, according to an NTT East representative.

Momota, who told reporters that going to the Olympics had been his dream since he was a child, took home Japan’s first world championship medal in badminton late last year, when he won bronze in Jakarta, Indonesia. He was expected to win a singles medal in the Rio Olympics this coming August.

Despite push from several parties, gambling, except for horse racing and “keirin” bicycle racing, is still considered illegal in Japan, and those who were found guilty of gambling charges could face jail time of up to five years.