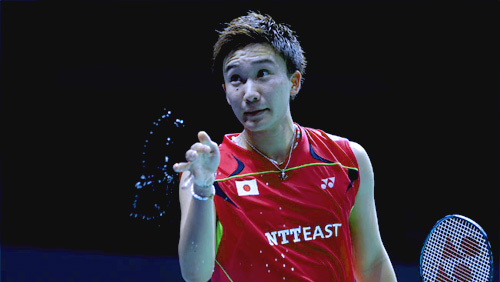 A Japanese badminton star is in danger of being kicked off the team for the Rio Olympics after he admitted to gambling at a casino, local media reported.

Kento Momota took home the country’s first world championship medal in badminton back in August, when he won bronze in Jakarta. But the 21-year-old athlete and his teammate, Kenichi Tago, could be banned from competing in the upcoming summer Olympics if they are found guilty of gambling charges.

Officials from the pair’s team, NTT East Japan, told local media that the two were confirmed to have placed bets at an underground casino that authorities busted in April and May last year.

Located in Tokyo’s Kinshicho area, the establishment—where baccarat was being played—was shut down, and six people, including the casino’s operator, were arrested on suspicion of opening a casino for customers to gamble, the Nikkei Asian Review reported.

The members-only underground casino reportedly made an estimated 100 million yen (US$915,000) in the three months that it was in operation. Authorities believe the money was a “funding source” for a local crime syndicate.

A police source told Nikkei: “(The pair) could be charged with gambling if they are caught betting on security cameras or admit to betting (to the police.”

Nippon Badminton Association Secretary General Kinji Zeniya said because of the incident, the association would be “unable to nominate” Momota for the Rio Olympics competition. Momota was expected to win a singles medal in the Rio de Janeiro Olympics this coming August.

Tago suffered a first-round exit in the London Olympics in 2012. The 26-year-old badminton plater has won the national title six years in a row through 2013, according to The Japan News.

Gambling, except for horse racing and “keirin” bicycle racing, is still considered illegal in Japan, and those who were found guilty of gambling charges could face jail time of up to five years. The news of Momota and Tago’s involvement in an underground casino came while the country is still reeling from reports of betting among professional baseball players.

Recently, the Nippon Professional baseball announced it will offer limited suspension to players or team staff who would voluntarily admit their involvement in betting on baseball games.