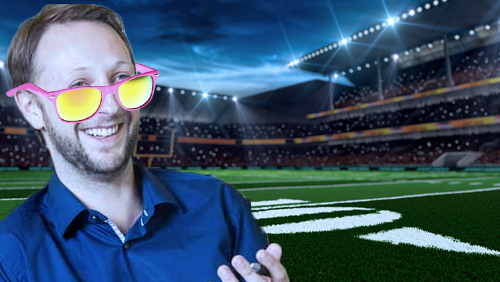 In a recent interview with Newsweek’s Kevin Maney, the FanDuel executive said the legal problems that hounded the company and its rival, DraftKings, could be behind them.

“We believe this category has a bright future and will continue to exist, and so even before any of the issues back in late last year, [we] have been working with legislators to craft legislation and regulation to clarify the situation for the category,” Griffiths said, according to the news outlet.

Griffiths, who is also the company’s chief product officer, pointed out that there are as many as 30 states that have “bills, legislation, regulation introduced or even passed and that clarified the situation on the category.” What he forgot to mention was that while the subject of legalization is active in a variety of states, many of the legislatures have already closed up shop in time for the November elections.

So far, two states—Indiana and Virginia—have already passed legislation, while the Massachusetts’ attorney general has enacted regulations in the state. Griffiths said those three states recognize daily fantasy sports as a game that “people loves to play,” and “what they really care about is consumer protection” and making sure that the game format is operated in the right way.

In New York, both DraftKings and FanDuel have reached a settlement in their ongoing court case, but it still hinges on the statehouse coming up with a legislative solution in spring.

The latest in the DFS legalization battle involves Alabama Attorney General Luther Strange, who sent a cease and desist letters to the two DFS operators, ordering them to stop their real-money operations in the state starting May 1. Strange’s pronouncement joined similar rulings by AGS in Georgia, Hawaii, Illinois, New York, Mississippi, Texas and Vermont, who have made their displeasure known since the “data leak” scandal broke last fall.

That scandal, according to Griffiths, is a “black swan event” that triggered a lot of negative headlines for the DFS sector. But the FanDuel co-founder believes they are already over it, thanks to the “long term legislative momentum” that is happening right now.

“I think we’re playing rope-a-dope a little bit in the last year. We were taking all the punches, but we were waiting. We knew it wasn’t the time to try and combat this… head to head,” Griffiths said.