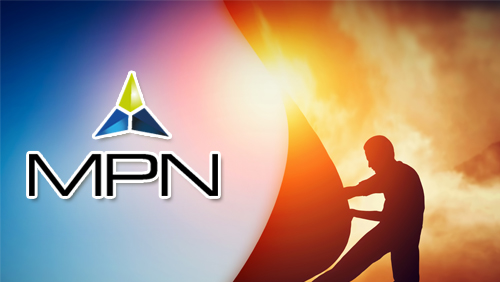 The Microgaming Poker Network is rolling out Sit n Go changes across the board while at the same time welcoming feedback from their clientele to ensure the best possible experience for everyone involved with the network.

I don’t know how good old fashioned head-hunting goes within the poker industry. But if I were after a head, I would take it from the shoulders of Alex Scott.

The Head of Poker at Microgaming is the dogs bollocks. His words drip with authenticity. He doesn’t evade awkward questions. He is not afraid of talking about the darker side of the game. He spends every waking hour trying to make his network as player friendly as it can be.

When I read his blog, I get the impression he has never pulled the wool over anybody’s eyes. He is a connection creator, especially with his customers. He works very hard to understand what his customer notices, experiences, and values about his poker network.

Then he tweaks, tests, and turns out a terrific time.

Scott’s latest blog documents the process and reasoning behind changes they are making to the Sit n Go experience across the network.

“Our SNG offering has been in need of a refresh for a while now.” Scott writes.

He harks back to a time when the tournament lobby was as confusing as the first time you see hairs around other people’s baby bits.

“In 2014, we went through an exercise to standardise the scheduled tournament offering, so it was easier to understand.”

The tournament lobby regained some sanity.

The Sit n Go area did not.

The new plan is to standardise Sit n Go competitions, in the same way, they standardised tournaments. The events will also take longer to complete thus offering more value for the players.

• Levels will be 6 minutes long instead of 5

• Levels will be 3 minutes long instead of 2

Scott isn’t a fan, and I love him for saying so. He believes they shorten the lifespan of the recreational player and increase the likelihood of collusion.

Get rid of them then.

Instead, of trashing them, Scott has taken the Whole Foods approach. In the excellent book Conscious Capitalism Whole Foods co-founder, John Mackey talks about his decision to include sweets and other unhealthy products in his store by suggesting it would be incorrect to take away products his customers wants, but instead, the correct approach is to continue offering value in other areas of the shop. He is hoping that his customers eventually make the change in demand for him.

Scott is doing something similar.

He is increasing the cost of playing the game thus making them unattractive for beginners and colluders while at the same time keeping the games running for those that like them.

To compensate for the increase in the price of Double Ups, Scott is reducing the cost of rake across other types of SNG’s.

“We currently charge a 10% fee on all types of SNG, even Heads Up. This is amongst the highest in the industry and is a legacy of the past.”

Here are the changes.

Scott and his team will also trial some new formats. Multi-Table SNGs and Super Bounty SNGs will get a roll out. The men in white coats will carry out some A/B testing, and the most valued will pass while the least valued will be thrown into the trash.

If not, tell him.

Scott is requesting that you provide him feedback because he knows it’s the implementation of that feedback that creates a poker environment for the people.

He knows this because he is one of them.