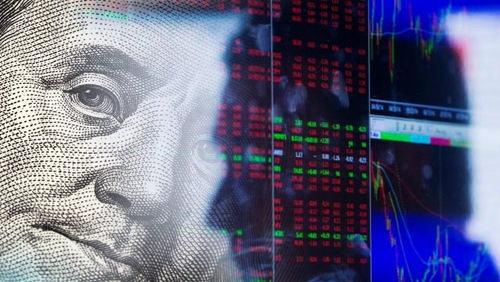 Situations like these don’t happen very often. When they do they should be taken advantage of. Since 2016 began, indexes over the world have taken huge hits. We are now below the Black Monday August 24th lows on the S&P 500, though both the Nasdaq and the Dow Jones have stayed above them.

There is little to no fundamental reason for US stocks to fall at this time. The economy is slowly floating along, unemployment is still low, there have been no serious shocks from the first Federal Reserve interest rate hike, and most importantly, there are about $331.4 billion more dollars in the banking system than there were back during the August crash. That means stocks are at about the same levels with $331.4 billion more in extra cash about to move in.

Most US gaming stocks have done worse than the S&P 500 since January started. MGM, Boyd, and Penn are all down by double digit percentages. Lowly Caesars is down over 17%. Pinnacle Entertainment and Eldorado Resorts are outperforming the broader market, down about 5% each. The big question is of course why is this happening now?

It’s not the December rate hike or the prospect of further rate hikes this year. That is all nonsense. The only way that rate hikes can affect stocks long term is by slowing down the growth of the dollar supply. That is not anywhere near happening. In fact, we got a pretty good idea of what the first rate hike actually did in last week’s Aggregate Reserves H3 Report out of the Fed. This differs from the Money Stock H6 report, which measures actual money in the economy ready for spending. Aggregate Reserves measures the total amount of reserves all Federal Reserve member banks have on their balance sheets, whether or not the money is circulating. Last week, total reserves fell from $2.53 trillion to $2.28 trillion. That’s a draining of $256 billion in banking reserves, and it happened at the same time as the rate hike.

So all that rate hike has accomplished is to drain a quarter of a trillion in dormant liquidity from the excess reserves stash out of the banking system completely. There are still $2.3 trillion or so left. There is a chance that some of it ended up in the money supply itself, but we won’t know that for another week or two. But even if it hasn’t and all that liquidity has been drained for good, it is still a good monetary environment for appreciating stock prices.

If it’s not the Fed, then it’s something else. The answer seems to be oil. Oil is now trading below $30 a barrel for the first time in over a decade. Sanctions on Iran are being lifted, so now there’s even more on the market looking for a buyer. Since the biggest oil exporters are mostly giant government cartels like OPEC, theocracies like Iran, or complete economic basket cases like Venezuela and, they generally stuff all their oil money into sovereign wealth funds, basically enormous state-owned portfolios of stocks, bonds, precious metals and what have you. When oil tanks, they are forced to sell oil at a loss. In order to balance their budgets, they have to liquidate some of their stock holdings. This is probably what is happening now. OPEC is not only pushing down oil prices. It is now pushing down stock prices along with it.

When this selling pressure abates, stock prices will jump back up to their highs, and pretty quickly at that. That’s why now is the time to scale in, just not in Macau. China has more serious fundamental problems that won’t be solved by an oil rebound. They are now demolishing unused buildings, perfectly good ones too, in a show of how much malinvestment has developed in its economy. On the theory that destroying goods and services will help the economy, which is a measure of goods and services. If that doesn’t make any sense to you, then you have a brain.

The following stocks are not fundamental plays, just momentum plays. As selling pressure abates from the oil crash, we’ll start to see the S&P climb back up quickly. 50 to 70 point up days are entirely possible. Last year, the index finally started recovering one month after the August crash, which was caused by a lack of new money in the system. By late September that had reversed, and within a month the S&P climbed up 12%. This time the spike from bottom could be more like 20% or higher, given all the extra money floating around now. Where exactly the bottom is depends on how much more sovereign wealth funds plan to liquidate and for how long, which is impossible to know. But regardless of where exactly the bottom will be, we are probably headed back up to at least where we were before. Here is what you should have in your portfolio before we get there.

Along with those 4, long term holds are:

That brings us to 60% invested, 40% cash. Any changes will be noted at the bottom of future articles.