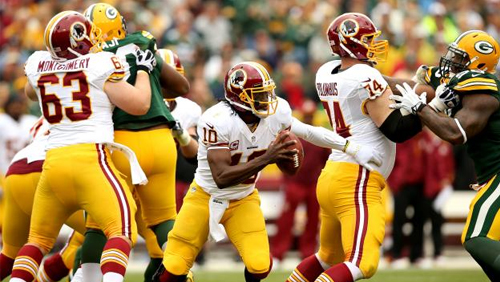 Winners of 5 out of 6 games, the National Football Conference Eastern Division Champions Washington Redskins have been playing outstanding ball in the last month and a half. Defensively, in their last 6 appearances this stop unit has held the opponent to an average of 20 points a game while offensively they are banging out an average of 26 points per encounter during this period of time. Those defensive statistics does not tell the hard play the defense has put together in the last part of the season. Here is a perfect example. In their last 6 games, they have held 4 teams to under 100 yards rushing and creating 13 turnovers against pretty strong offenses.

Washington’s Kirk Cousins, the fourth-year passer truly came into his own late in the season, with 11 of his 29 touchdown passes coming in the final 3 weeks. The Washington Redskins group of receivers and are 4 deep including an outstanding a tight end in Jordan, who has caught 87 balls for 952 yards and 11 touchdowns in only 8 games started {he played in 14 games total}. Leading the way of wide receivers is Pierre Garcon as he has pulled in 72 grabs on 110 targets for 777 yards along with a half dozen touchdowns.. After starting the season with a knee injury, DeSean Jackson has started in the last nine games now collecting only 30 balls for 528 yards but averaging a stunning 17.6 yards per catch. Rookie wide out Jamison Crowder has reeled in 59 catches for 604 yards The Washington backfield is run by committee led by Alfred Morris who has 751 yards and they are now 4 deep with the addition of Pierre Thomas.

The Green Bay Packers started their season off by winning 6 consecutive matchups, but in their last 10 games they are 4 and 6. It has been a real struggle for Packer quarterback Aaron Rodgers primarily due to the fact the offensive line has been destroyed by injuries and the fact that their running game has been non-existent all season long. Somehow, someway Aaron threw for 3800 yards along with 31 touchdowns.

Green Bay checks in as the 6th rated pass defense allowing 2277 yards per contest, which is ok but if they don’t get back CB Sam Shields than Redskin passer Kirk Cousins will carve up this secondary.