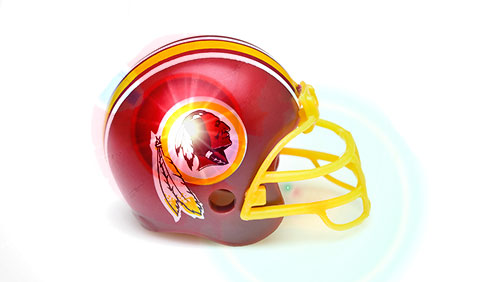 Big news appears to be on the way for Dan Snyder and his Washington Football Team. As sports bettors have given a firm vote of confidence to what they think the team’s new name will be, rumors are starting to swirl that a huge expose is on the way that will rock the organization to its foundations.

Dan Snyder started to trend on Twitter on Thursday morning, and those deep into the team’s gossip have some suspicion as to why. Rumors have it that the Washington Post is working on a piece that will expose a huge scandal that could force Snyder into selling the team:

Joe Yasharoff, Director of Content at Montgomery Community Television and Adjunct Professor at Phillip Merrill College of Journalism teases that he might have some inside information on the story, and agrees that it’s bad news for Snyder.

Not meant to be cryptic (apologies if it comes across that way): Dan Snyder is going to be in trouble once the story comes out. Big trouble. Possibly no choice but to sell-the-team trouble. The story HAS to drop Thursday. Too much is starting to trickle out. See you tomorrow.

The Washington football scene, both on Twitter and Reddit, is going wild with speculation. What could be a scandal big enough that could force Snyder out? Drugs? Mismanagement of funds? Player harassment?

Looking at NFL history, Carolina Panthers owner Jerry Richardson was forced to sell the team after a pattern of sexual behavior was outed in December, 2017. Looking at the Redskins’ own history of scandal, a May 2018 report that several cheerleaders were mistreated on a trip to Costa Rica wasn’t enough to force Snyder out of the organization, so what could this be?

If Twitter’s speculation is anything to go by, Snyder could have had some nefarious ties to the late Jeffrey Epstein, may have pimped cheerleaders out for sex work, and others are throwing around guesses that perhaps he’s Ghislaine Maxwell secret husband.

As the calmer heads in the community insist though, everyone should calm down and wait for the report to come out. As bad as the story is, it takes a lot to force out an NFL owner, and Snyder owns the majority of the team, so even an unhappy minority can’t do much but increase the public pressure against him.

In the meantime, we still have the team’s renaming to deal with. After a few days of consideration, sports bettors at Bodog have considered the options before them and put plenty of money behind either the Washington Red Tails or Washington Red Clouds. The line for that option has moved from +275 on July 14 to +190 at the time of publication. Every other option except the Warriors has become a big long shot as a result.

Washington Hogs (Or Any Hog Variant) +725