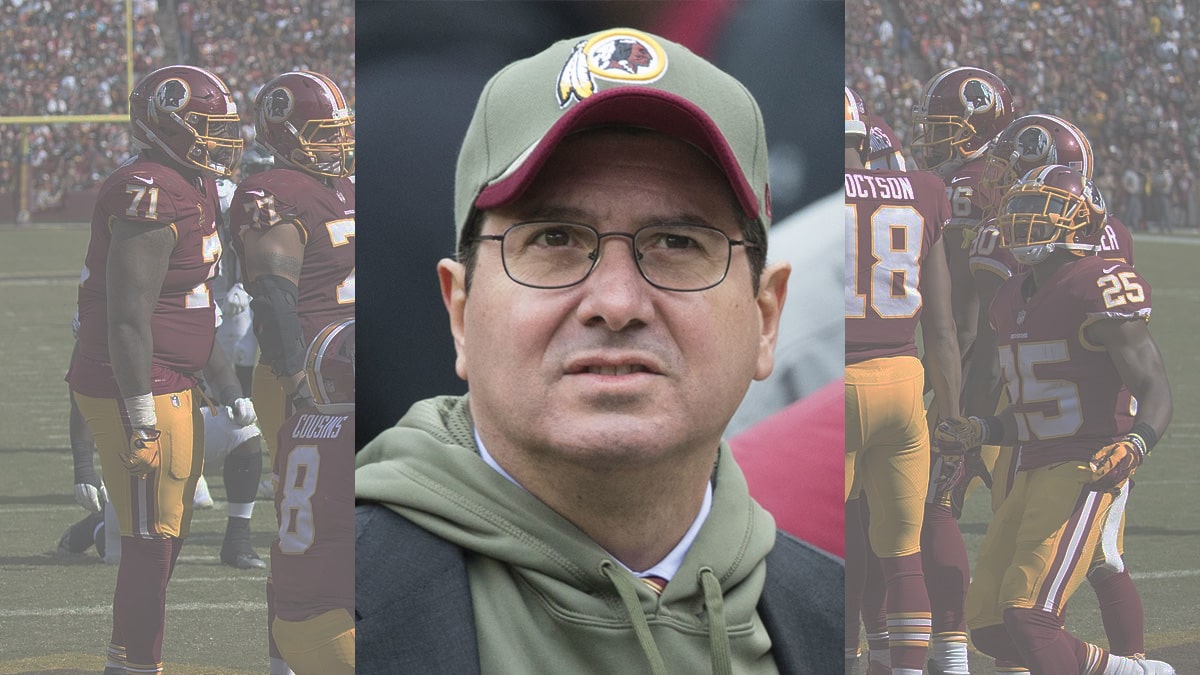 A clear pattern is starting to build with Washington’s football team: If you want any serious change with the organization, you need a massive backlash to the franchise’s behavior. First there was years of pressure to change the team’s name. Now, a focus on an alleged history of sexual misbehavior in the back office. And if neither of those are enough to get you upset, there’s a growing history of just not being good at football.

The bombshell scandal that revealed itself on Thursday revealed Dan Snyder’s football organization turned a blind eye to years of sexual harassment, alleged by 15 female employees, from top figures in the organization. While Snyder himself wasn’t implicated, that he somehow didn’t know any of this was happening is just as bad.

Snyder responded to the accusations in a letter on July 17, sent to everyone with the organization:

“The behavior described in yesterday’s Washington Post article has no place in our franchise or society,” Snyder said in a statement Friday. “This story has strengthened my commitment to setting a new culture and standard for our team.”

Here’s the letter that Dan and Tanya Snyder emailed tonight to each member of their organization, per source: pic.twitter.com/R7N65ZM8cs

Aaron Goldstein is a labor & employment partner at the international law firm Dorsey & Whitney, commented to CalvinAyre.com what this case shows. “This case illustrates that even three years after the New York Times broke the Harvey Weinstein story, there remains a vast disconnect between the tenants of basic decency and respect purported by practically everyone in public, and the actions of certain powerful individuals in private,” Goldstein said. “Companies must do the hard work of addressing issues of sexism and sexual harassment in the workplace, or face a much harder reckoning when their failure to do so becomes public, as in the case of the Washington Redskins organization.”

Mark Cuban, who faced his own accusations of a toxic workplace over a decade ago, had some advice for anyone with the club. “If you know Dan Snyder, if you’re involved with the Redskins, if you connect to them, tell Dan and tell his senior management you’ve got to just recognize what you did right and what you did wrong,” Cuban said. “You have to accept the mistakes you made. That’s painful. I made a lot of mistakes. And that’s the only way this is going to get resolved.”

If Dan Snyder survives this controversy, there’s still the matter of renaming the team. Bettors continue to prefer either the Red Tails or Red Clouds, with the Warriors as a runner up since it’s Snyder’s favorite.

A copyright squatter may have made this choice very simple though. Martin McCaulay, predicting this day would come, has jumped on the rights to both the Red Tails and Warriors. However, nice guy that he is, he offered to give them up for free, but suggested the Red Tails is the best choice. “A lot of fans don’t like [Redtails] because they think the opponents would use that like it means [Washington] got a spanking,” McCaulay said in an interview. “But I like the word, I like Washington Redtails. I think they should go with that.”

The team’s still no good

Even with a new name, and several alleged sexual predators out of the office, sports books and punters don’t expect the team to be any better this year. Bodog has them at +1200 to win the NFC East, +7500 to win the NFC Championship, and +15000 longshots to win the Super Bowl.

Washington Hogs (Or Any Hog Variant) +650