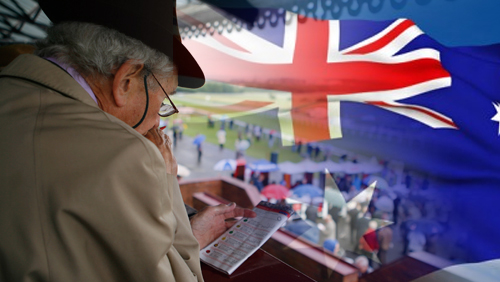 New Zealand is working on how to recover the millions Kiwis have been spending on overseas bookmakers, starting with new legislation.

The number of New Zealanders participating in overseas betting has grown from around 23,000 in 2010 to an estimated 40,000 today, according to the New Zealand Racing Board. And that number is expected to reach 80,000 within five years.

However, the board said the New Zealand racing industry sees none of the money because Kiwis are preferring to place their bets with Australian corporate bookmakers and international bookmakers that take bets on local race meeting and sporting events.

Last year, an estimated $329 million was wagered on New Zealand thoroughbred racing through Australian operators, which is significantly higher than the bets placed through the racing board.

“The New Zealand Racing Board has found it difficult to compete against offshore gambling operators in the online market because its competitors offer better odds, a bigger product range and better services. As a result, a growing number of New Zealanders are placing bets with offshore betting agencies,” the board said in a report.

“The real reason that it matters is because the way in which the New Zealand racing and sports industries, or gambling, is set up in our country is that the profits from gambling go back to racing and sport. That means they are dependent on that funding for the infrastructure investment that’s required up and down the country. Without this funding, racing can’t succeed in the long-term,” Allen told the news outlet.

Now, the Racing Board is pinning its hopes on legislation expected to be drafted later this year.

Racing Minister Nathan Guy told Radio New Zealand in a separate interview that the legislation could pave the way to a levy, which will help the country recoup at least $16 million.

If that happens, Allen said he expects the “multinational players” to comply.

“Even though it would be extra-territorial, and so that creates some challenges, our expectation is that it would be largely voluntary compliance,” Allen told the news outlet.