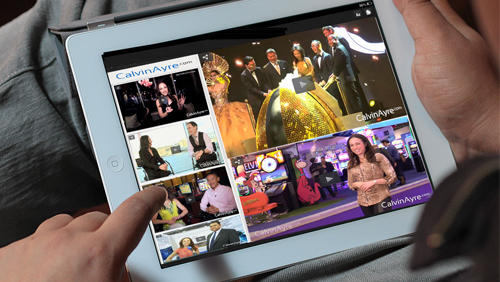 The number of views any particular video receives depends on a number of factors in addition to the pure content such as SEO strategy, when and where the video was posted, social media love, etc.

High numbers of views for a video are often a surprise and also hard to predict.  What we do know is numbers don’t lie, so its always a good idea to study which videos received the most attention and try and replicate the strategy the best we can.

Looking back on 2015, here at CalvinAyre.com we identified the six most watched videos and wanted to share them with you.  I am not surprised at the numbers associated with Max Keiser’s interview or the CalvinAyre.com anniversary party, but the rest I would not have guessed, would you?

The KPK Commission is a new Canada-based jurisdiction accepting iGaming companies, with a particular focus on Asian-facing operators.  In addition to offering a jurisdiction from the First Nation’s indigenous rights perspective, Bellegarde talks on the tribal council’s relationship with Antigua and the unique banking services available to their licensees.

5) Dennis Valdes on Philweb eGames tech in the Philippines

Philweb’s technology powers eCasino games in over 300 “cafes” in the Philippines and Valdes highlights how these cafes serve as a “7-11” or convenient store environment for gamblers.    Valdes goes on to explain how far Philweb is from market saturation as the population and appetite for gaming in the Philippines is so large and identifies sports betting and new games as areas for growth.

As the infamous host for RT’s Keiser Report, it should come as no surprise this interview topped our list as one of the most viewed.  Keiser charismatically talks on StartJOIN, his “crypto-currency meets crowd funding” venture and why crypto-currencies in general will better the world.

We celebrated five years of CalvinAyre.com greatness in Vancouver this past May, a party complete with models, an open bar, a number of old school online gambling industry professionals and the presence of Calvin Ayre himself.  Its no wonder this was a popular video.

Seeing as ICE Totally Gaming is one of the biggest and most well attended events of the year, our daily recap videos were bound to be popular.  These recap videos are the perfect way to get a taste of went down on the conference floor and in the sessions over the course of this massive event.

Here it is, folks- the CalvinAyre.com most watched video of 2015. Lawrence Ho, James Parker, Ne-Yo and Kelly Rowland were all part of the eye-candy filled resort opening, the perfect material for an entertaining video.  Add the entertainment factor to the wide-spread interest in Manila as a hub for gambling and you’ve got a lot of views.