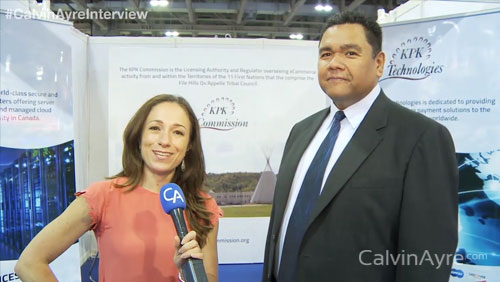 There is a new jurisdiction in Canada that’s offering something unique for online gambling companies.

The KPK Commission is the licensing authority and regulator that oversees eCommerce activity from and within the territories of the File Hills Qu’Appelle Tribal Council, which is composed of 11 First Nation members.

File Hills Qu’Appelle is already involved in many activities in Canada, such as in the areas of natural resource, construction, housing, health care and land-based casinos. Now, it is looking forward to entering the iGaming space.

“We just wanted to diversify our investments and our business holdings. And we looked at the iGaming world, specifically the Asian markets. The iGaming space is an opportunity for growth. We mobilized our First Nations, they’ve created and enacted the laws and regulations, and we’ve created the KPK Group of Companies and the KPK Commission,” Edmund Bellegarde, president of KPK Commission, told CalvinAyre.com.

The commission offers a jurisdiction from the First Nations’ indigenous rights perspective, Bellegarde said. The tribal council also has a strategic relationship with the government of Antigua and Barbuda and its financial services regulatory commission.

“We’re into final negotiations of a reciprocity agreement, whereby we would honor their licensees and their issuance of licenses and vice versa,” the president noted.

But the KPK Commission has one ace up its sleeve: banking services for iGaming operators.

“We want to provide a service that’s currently not provided in the iGaming business, and that’s the KPK Bank,” Bellegarde said. “We’re also in the final stages of setting up the KPK Bank under a Class 1 offshore bank license in Antigua. It’ll be a commercial-digital bank, [and] we will specialize in offering banking and merchant account services to the iGaming operators.”