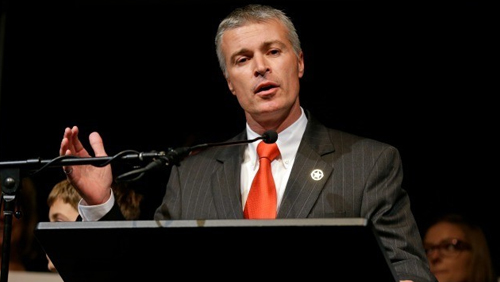 Fantasy sports players in South Dakota are safe from legal charges, for now.

South Dakota Attorney General Marty Jackley has confirmed that local residents who bet on daily fantasy sports will not be indicted, adding that he will wait for a clearer directive from the legislature as to whether the contests constitute illegal gambling under state law.

“Based on the current state of uncertainty, including the ongoing debate on whether daily fantasy sports wagering is predominately a permissive game of skill or and an unlawful game of chance, it will not be my intent to seek felony indictments here in South Dakota absent a clearer directive from our state legislature,” said Jackley in a statement.

During the commission’s hearing, DraftKings lawyer Griffin Finan used the same argument that DFS sites have been using in other states; betting on fantasy sports games is legal because it relies on skill more than luck.

Jackley becomes the fourth attorney general who gave an opinion on the legality of fantasy sports at the state level.

New York AG Eric Schneiderman has banned DFS sites from operating in his state because he believes that DFS constitutes illegal gambling. Nevada AG Adam Laxalt gave the same opinion, requiring DFS operators to get a gambling license to operate in the state. Massachusetts AG Maura Healey, after reviewing the legal status of Boston-based DFS operator DraftKings, proposed regulations for DFS companies to operate in the state including raising the age minimum for participants and excluding college sports.