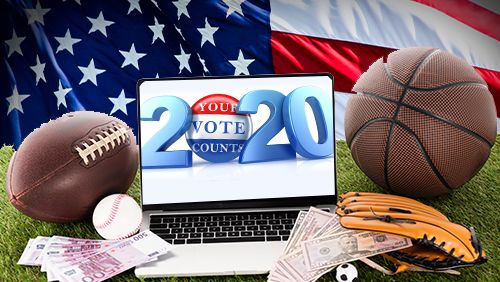 The 2020 elections in the U.S. are some of the most controversial in recent history and there is still a lot that has to be figured out. However, one issue has appeared on multiple ballots across the country in state elections that has proven to be not quite as contentious. Sports gambling continues to receive more support on local levels, and several states will now be moving forward to set up the rules and regulations for the activity.

In Maryland, voters were asked to weigh in on “Question 2,” which addressed the subject of sports gambling and whether it should be legalized. The revenue generated from the activity would go to the state’s educational programs, and voters overwhelmingly liked the idea. It passed by a margin of 2-1, paving the way for state lawmakers to begin establishing the framework that will allow Maryland to ultimately compete with its close neighbors, Virginia and New Jersey, as well as Washington, DC., for sports gamblers.

Louisiana voters also had a chance to weigh in on the subject, and 55 out of the state’s 64 parishes agreed that sports gambling would be allowed. Next up, Louisiana’s legislator will return to work in April, at which time lawmakers will start to create the regulatory framework that will compete with Mississippi. With a little luck, especially after having dealt with several economic blows due to COVID-19 and a run of hurricanes, Louisiana can pick up the pace and introduce sports gambling quickly. Residents agreed to allow daily fantasy sports two years ago, but the activity has still not been launched.

In South Dakota, sports gambling didn’t find an overwhelming amount of support, but it did manage to squeak by with 58% of the vote going to support Constitutional Amendment B. Now, sportsbooks will be allowed in Deadwood and on tribal reservations, and the first operators will most likely start taking bets as of July 1 of next year.

Nebraska is joining the “yes” group, with over 65% of the state’s voters having approved gaming expansion. Included in the ballot measures is a caveat that can lead to legalized sports gambling, given that the language stipulates that “all games of chance” are to be made legal. Three different measures, Initiative 429, 430 and 431, are making new casino options possible and could also lead to the development of sports gambling regulations.

While not necessarily tied to sports gambling, a couple of other states explored gaming-related issues this year. Colorado wanted to increase the bet limits at casinos in Black Hawk, Central City and Cripple Creek, and received around 60% approval from voters. Virginia is looking to establish four casinos in Bristol, Danville, Norfolk and Portsmouth, and residents of those cities all said yes to the idea. A fifth city, Richmond, is also considering the idea, but has chosen to delay its vote on the matter.