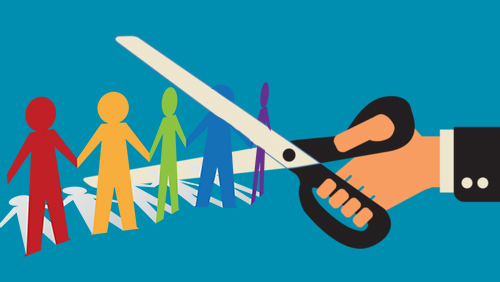 The merger between Paddy Power and Betfair does not bode well for their people.

Back in August, the two operators struck a deal to create one of the world’s largest betting and gaming companies that could be worth as much as £5.8 billion. However, The Sunday Times reported the move could to possible job cuts as the two companies are looking to get as much savings as they can from the merger.

Paddy Power currently employs an estimated 5,000 people, while Betfair has 1,900 employees. But a circular seen by the newspaper suggested the merger could save as much as £25 million from labor costs if they slash the number of their employees.

The staff cuts alone could already fill 50 percent of the planned £50 million in savings once the deal pushes through, according to The Sunday Times.

Paddy Power shareholders are scheduled to meet on December 21 to vote on the deal.

However, the merger might have to wait until next year if one organization has its way.

The deal needs to get a crucial approval from the Competition and Consumer Protection Commission (CCPC), but according to The Irish Times, the state watchdog only sought the information it needs from Paddy Power and Betfair this week.

This means that the agency’s investigation, which normally takes 120 working days to complete, will cause the delay of the final decision until June, long after the two companies’ deadline of March 31.

CCPC’s UK counterpart, on the other hand, is on schedule. According to The Irish Times, the Competition and Markets Authority will release its decision on whether to clear the merger or call for another probe on January 7.

The Irish agency has yet to explain why it took them six weeks from October 20—when the two companies notified them of the deal—to ask for the information it needed.