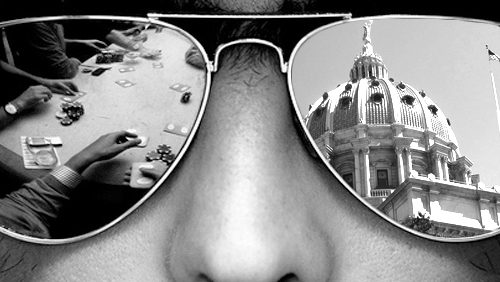 Pennsylvania poker players we are so close, and with your help we will soon have regulated online poker in your state.

That was the message advocacy group Poker Players Alliance sent to residents and poker players in Pennsylvania on its web page theppa.org/pa-action.

The page serves as a tool for voters, taxpayers and poker enthusiasts to give additional support to H.B. 649—a bill that would authorize the state’s licensed casinos to offer online poker and casino gambling—by contacting state legislators Speaker Mike Turzai, Minority Leader Frank Dermody and Majority Leader Dave Reed via email, phone or Twitter.

“Regardless of H.B. 649’s pathway to becoming law in Pennsylvania, we want to see Internet poker legislation enacted this year. Therefore, we are calling on all Pennsylvania poker players to tell the state’s policymakers why passing this bill is so important to Pennsylvanians and urging all poker reporters and activists to help spread the word through media outlets, blogs and social media forums,” said John Pappas, executive director of the PPA, in a press release. “It is absolutely crucial that Pennsylvania state representatives, senators and Governor Tom Wolf are hearing from their constituents about the consumer benefits of licensing and regulating Internet poker in the state.”

Last week, the Pennsylvania House of Representatives Gaming Oversight Committee voted 18-8 in favor of the bill. Pappas has praised the committee for their commitment to provide Pennsylvania residents with a regulated place to play online poker, adding that a regulated market would also introduce new revenue for the state and create local jobs.

“The PPA thanks Chairman John Payne and the committee for their leadership. Now this bill needs to become law. The safety of consumers and the fiscal health of Pennsylvania will be vastly improved when Internet gaming is appropriately licensed, regulated and taxed. It is our hope that the legislation will be enacted on its own or as part of the state’s 2016 budget by the end of this year,” added Pappas.

At the iGaming Congress last year, Pappas predicted that Pennsylvania would be one of the states–along with California, New York and Illinois–that would join New Jersey, Nevada and Delaware in legalizing online gambling.

“I think in 2015, we’re gonna see more bills to be introduced, more hearings and I believe there will be some votes in Pennsylvania on legislation. Which way they go right now is hard for me to say. I’m leaning to Pennsylvania state to legalize internet poker and internet gaming broadly,” Pappas told CalvinAyre.com.