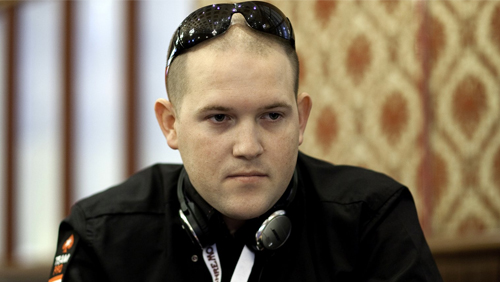 An interview with the former European Poker Tour Grand Final champion, Pieter de Korver, on living alone, searching for treasure and much more.

As I scoured the field of the World Poker Tour (WPT) UK Main Event searching for a name worthy of a headline, it was a pleasant surprise to see the former European Poker Tour (EPT) Grand Final champion Pieter de Korver.

In this interview he talks candidly about the difficulties of competing in live tournaments, how difficult it was to live alone after a recent split with his girlfriend and the importance of searching for treasure and having dreams.

I didn’t expect to see you in the UK, what have you been up to of late?

“I reached the final table at WPT Valkenberg. I was the chip leader coming in, but finished fifth so that’s too bad. I didn’t have any success in Brussels but recently finished 11th in Breda, so I have had some ok results but no biggies.”

When you go through a barren run, how good are you at separating your poker results from your life?

“That’s always a big question. It’s always difficult to deal with these types of problems. You are always in a fight with yourself and sometimes things don’t go your way. It’s a mental game for sure. You try to create a good feeling at home, that’s the most important thing. When I am at home I don’t want to think about poker. I want to be the Pieter that everyone knows and loves, but it’s difficult.”

What are your views on money?

“I have a few problems with that, especially in tournaments. It’s very difficult to get the first, second or third – where the money is. Last year I made a little transition and started playing live cash games. I have been doing well at the beginning of this year and that gave me the opportunity to play more tournaments.

“I don’t really like cash games because there isn’t the fun factor of winning. I love the prestige. If there is a trophy to win I love it. I have won nice amounts playing cash but it’s not the same. But it’s given me the opportunity to have a safe situation again, and that’s a nice feeling. I have played a lot since Barcelona. I am down in tournaments, but up in cash, so I am ok at the moment. Tournaments are too tough. You need to win big scores at least three times per year. You need $100-$200k and I’m not even playing high rollers.”

What’s most sacred to you?

“My family and my friends are very important. When that is running good I have the feeling that I will be running good. Poker and life are connected. When you feel good, you run good and play good. I value my health, my girlfriend, and also my mother who has multiple sclerosis.”

What is the best thing you have ever found?

“I actually have a metal detector. I bought a good one because I always had the dream of finding treasure when I was a kid. I used it a couple of times and found a few beautiful things such as bullets and a ring. I need to use it more and find more treasure.”

Was there ever a time in your life when you felt in danger?

“I drink sometimes, but I never fight. I look like a hooligan but I am a sweet guy. I am a happy drunk. I have never been in bad spot when I have been scared either in poker or life.”

Was there ever a time when you were really glad to be home?

“When you are travelling a lot, you need to have a good situation at home. My relationship of three and a half years recently ended. I moved to a different house. It was the first time I had ever lived alone.

“The first time I was alone in my new house I thought, “fuck!” In the beginning I was partying but there was a big emptiness. I felt like a failure. You have to work on it, and get your good mindset back. I have re-found myself, I have a new girlfriend and my home situation is much better.”

Give my teenage son some advice

“Dreams are very important. Keep dreaming, set goals and don’t look to other people so much. Your path will grow. As a kid I had beautiful dreams and I have succeeded in those. Now I hope to have more dreams and goals. It’s important for young people to do their absolute best to try to succeed.”