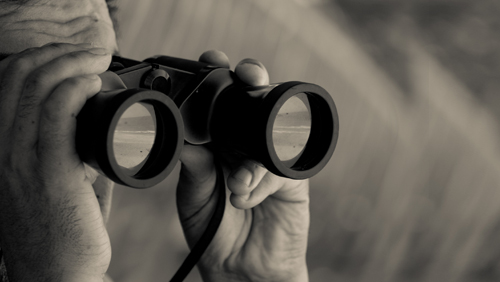 Venture capitalists attending the GamesBeat 2015 conference talk about the future of eSports being in the gambling sector, and Alex Dreyfus writes a blog for the Huffington post talking about the need for online poker to change.

GamesBeat 2015 is in its seventh year. It is a meeting of the minds of over 500 of the most important groups of people in the gaming industry. Amongst those important groups are investors, and a few of them recently took to the GamesBeat stage to state that the biggest investment opportunities in eSports are to come from gambling and daily fantasy sports (DFS).

All three investors agreed that gambling will be integral to the future growth of an eSports industry currently rocketing towards a $1 billion market value.

The trio made a reference towards the solid work of the likes of DraftKings, FanDuel and Vulcun. Although there was no mention of the recent DraftKings insider trading squabble that has blown up all over the world’s sport, media and gaming headlines.

The panel raised the issue of governance. Investors were keen on a fully regulated market, and not one that is fifty shades of grey. Kay told the audience that he believed regulation was inevitable.

There was also talk of another angle for start-ups eager to get into the eSports business. Start from scratch, create your own game and hope it turns into a Defense of the Ancients 2 (Dota 2) or Counter Strike.

What they didn’t talk about were games that can already shuffle into the niche, but aren’t necessarily well known as eSports – games like online poker.

It’s naive to believe that the major players in the online poker industry aren’t aware of the power of the eSports industry. So far only a few have put their head above the parapet. This week, Full Tilt joined Steam Greenlight hoping to be accepted onto Steam proper, and Alex Dreyfus’ Global Poker League (GPL) bears all the hallmarks of an eSports set up.

This week Dreyfus wrote a blog for the Huffington Post. In it he mentioned that ‘operators no longer invest in poker’ and that the industry needs to accept the necessity of building ‘new experiences’ and ‘taking some risks.’

The Frenchman also alluded to the success of another card game, Hearthstone, as a potential way forward for online poker. According to the blog Blizzard launched Hearthstone in March 2014, and they already have 30 million registered players.

Would these guys enjoy a game of poker, with no money at stake?

It’s time to figure out what magic Hearthstone holds, and sprinkle a little of it onto online poker.